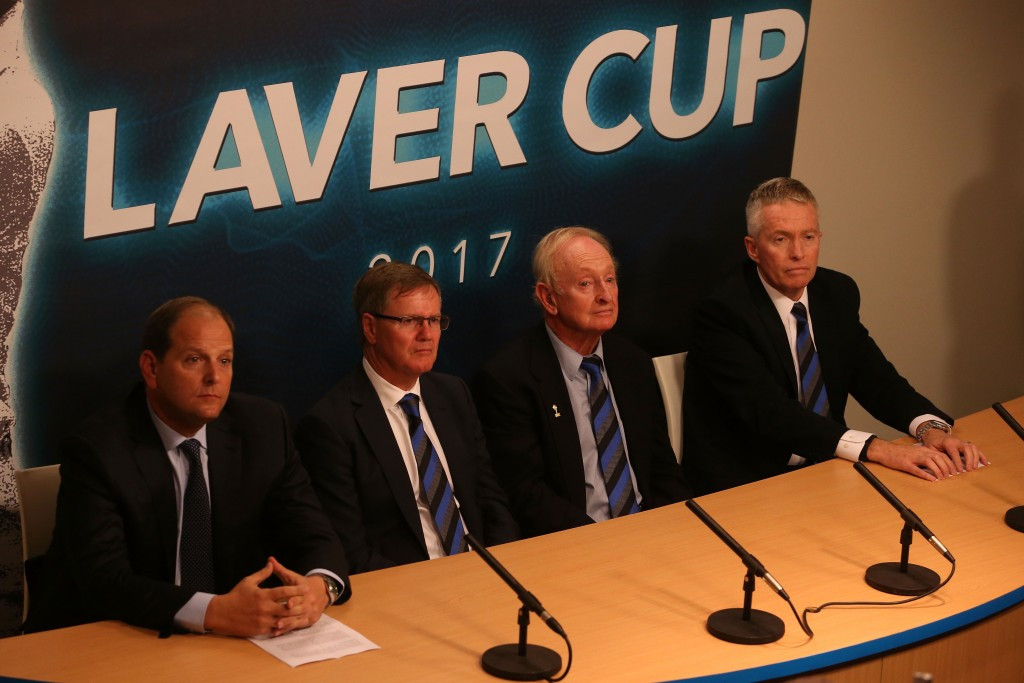 A new men's tennis tournament - The Laver Cup - will see the best players from Europe take on the rest of the world.

The competition has been scheduled to launch in September 2017 and has inevitably been compared to golf's Ryder Cup, which is contested by teams from Europe and the United States.

Named after Rod Laver, Australia's 11-time Grand Slam champion, the Cup will be held annually except in Summer Olympic years.

As with the Ryder Cup, each team will be captained by a legend of the game with six players featuring for each side.

Four players on each team will qualify though the rankings, with the final two players selected as wildcards by the captains - another similarity to the golf equivalent.

One court would be used over three days, with three singles matches and a doubles every day.

Should the match be level at 12-12 once the action is complete, a doubles contest will decide the overall winners.

The venue for the inaugural 2017 event has yet to be decided but is expected to be a European city.

It is not known if the world's top players will get behind the event which will have to be squeezed into an already busy schedule, but Federer, winner of 17 Grand Slams and two Olympic medals, is a major backer.

He is one of the four major powers in men's tennis, along with Novak Djokovic, Rafael Nadal and Andy Murray, and with all these players being European there have been suggestions that the contest could be one-sided, at least in its early years.

Japan's number seven ranked Kei Nishikori is currently the only player inside the top ten who would be eligible for the rest of the world.

The 77-year-old Laver, who has an arena named after him in Melbourne where the Australian Open is currently taking place, said: "I'm certainly honoured that it warrants the name the Laver Cup.

"It's a great feeling.

“I think if you're in the Davis Cup format, you're sort of country to country.

"It's always been that way.

"This is just purely Europe against the rest of the world.

"Hopefully the top players will want to participate.

“It's a learning curve of trying to get the right scheduling and the right amount of play with all of the different players around the world.

"But I'm honoured to have my name associated with the Laver Cup.”