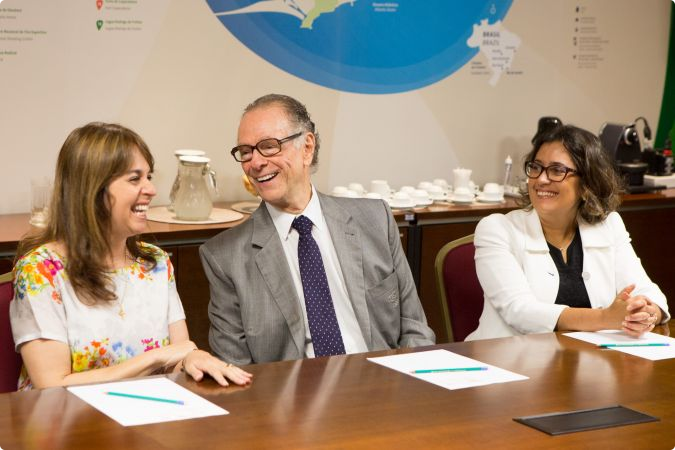 Rio 2016 have received a special award for their supposed commitment to sustainability despite ongoing concerns over the Games' affordability at a time of economic unrest, as well as over the high levels of water pollution at the Guanabara Bay sailing venue.

The "ISO 20121 international standard" was developed by the International Organisation for Standardisation (ISO) to ensure that events leave a positive economic, environmental and social legacy, with "minimum waste, energy consumption, or strain on local communities".

Created in 2012 and applied to the London Games, it seeks to establishes sustainability criteria for event organisation, providing "guidance and best practice advice for organisers".

“We went through a very thorough external audit which certified that we are serious about sustainability and assuming good management practices,” he said.

"This will be a legacy for the events sector.

"What we have done here is unprecedented in Brazil.”

Projects carried out by Rio 2016 in preparation for the Games include a partnership with the United Nations to promote sustainable tourism.

They have also teamed up with online rental community Airbnb to offer as many as 20,000 "affordable" accommodation options, predominantly aimed at fans attending the Games.

The award will raise eyebrows, however, given the concerns over high levels of pollution in the Guanabara Bay sailing venue as well as in other water sport locations.

Many believe the Games is unsustainable given the dire state of the Brazilian economy in the midst of its worst recession for 25 years, claiming funds would be better spent elsewhere.

“This is a public acknowledgement that Rio 2016 took care of everything and implemented what was proposed," said Nunes after presenting the award.

Rio 2016 sustainability manager Julie Duffus claimed the award reflects the "synergy" between the different areas of the Organising Committee.

“It has been a challenging situation, of course, but we have managed to involve all parties, from internal employees to suppliers,” she said.

“Sustainability is embedded in our processes and this certification proves it.”