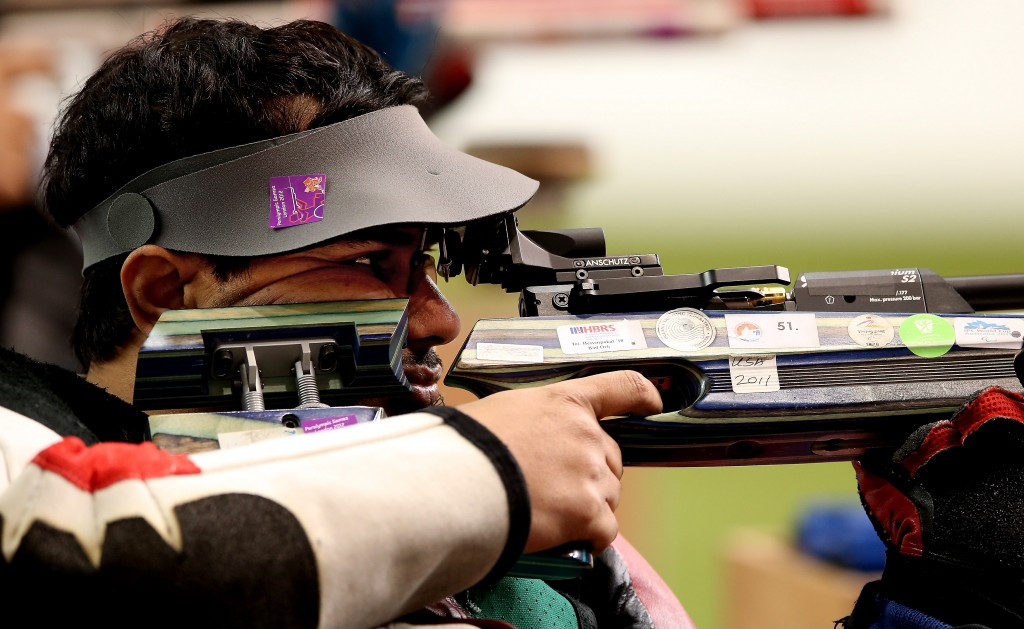 United Arab Emirates’ Abdulla Sultan Alaryani proved one of the stars of the opening International Paralympic Committee (IPC) Shooting World Cup of 2016 after earning double gold in front of a home crowd in Al Ain.

Alaryani, winner of his country’s only Paralympic gold medal at London 2012, produced an excellent performance to triumph in the men’s 10 metre air rifle standing SH1 competition.

The 45-year-old ended on a score of 204.7 points to earn the title, with Ukraine’s Iurii Stoev and Sweden’s Martin Hall completing the podium with 203.7 and 181.3 respectively.

Alaryani and Stoev renewed their rivalry in the R7 men’s 50m rifle three positions SH1 competition, the home favourite again earning a gold medal, finishing the event with a score of 455.7.

His Ukrainian opponent secured his second silver medal by ending on 454.0 and his team-mate Andrii Doroshenko won a bronze on 432.1.

Further success for the host nation came through Abdulla Alahbabi, after his score of 610.1 points saw him defeat Australia’s Johann Windhofer by 1.0 in the R9 mixed 50m rifle prone SH2 event.

The 23-year-old ended on a tally of 212.8 with Britain’s World Championships silver medallist Matt Skelhon econd on 211.4.

Slovakia’s Veronika Vadovicova, a Paralympic gold medalist at Beijing 2008, was forced to settle for bronze on 189.7.

Vadovicova also missed out on gold in the R8 women’s 50m rifle three positions SH1 competition after her score of 448.5 was beaten by Australia’s Natalie Smith, who achieved an Oceania record total of 450.0.

It  was a case of third time lucky for the Slovakian as she finally earned gold by scoring 206.7 in the R2 women’s 10m air rifle standing SH1, with Smith this time ending second on 203.4.