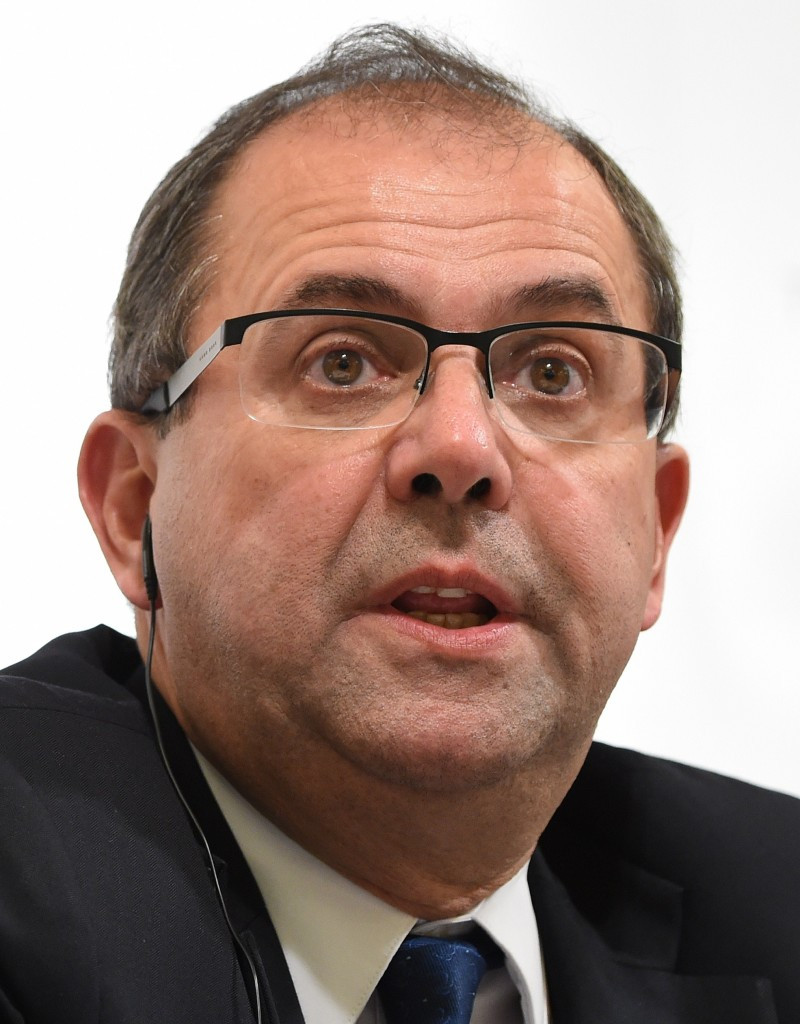 Gonzalez led an IPC delegation to Japan’s capital city to take part in the review, which was held jointly with the International Olympic Committee (IOC) for the first time, with discussions held on various Games related topics.

Among the issues discussed were the competition venues, marketing, people management and their engagement strategy.

The accessibility of venues for athletes was also an issue which was raised, along with the sustainability and legacy of Tokyo 2020’s plans.

Further details of the emblems selection process were disclosed, after Tokyo 2020’s initial logo was scrapped after Belgian designer Olivier Debie began a lawsuit in August against the IOC which alleged plagiarism.

insidethegames exclusively revealed last week that Debie has still not resolved his conflict with the IOC, after he had claimed that the original logo, designed by Kenjiro Sano, was overly similar to one he created for the Théâtre de Liège in Belgium.

Despite the setback, Tokyo 2020 has received praise from Gonzalez, who had headed to the city fresh from completing a sixth Project Review of Pyeongchang’s preparations for the 2018 Winter Paralympic Games.

“There are just over four years to go until the Tokyo 2020 Paralympic Games and I have to say they are the best prepared organising committee to date,” he said.

“The enthusiasm and support we experienced when we first came here in January 2014 has further increased over the last two years and I believe Tokyo 2020 are on course to deliver the best ever Paralympic Games.

“We had two days of productive meetings in conjunction with the IOC and we are pleased with the outcomes.

"Tokyo 2020’s commitment for the Paralympics is infectious and this is best illustrated by the support from the city and national Government, corporate sector and media for the Games."

Gonzalez’s praise came after IOC vice-president John Coates stated that “I don't think we've ever seen a city more prepared”, having been informed the new stadium being built for the 2020 Olympics and Paralympics will be completed two months ahead of schedule in November 2019.

The move has been made in order to allow more test events to be held at the Stadium.

The Stadium had been a major embarrassment for Tokyo 2020 organisers, with the saga starting when the initial design by Iraqi-British architect Zaha Hadid was axed due to rising costs.

A replacement designed by Kengo Kuma was then chosen.

Gonzalez also met with Toshiaki Endo, the Minister in charge of the Tokyo Olympic and Paralympic Games, and Yoichi Masuzoe, Governor of Tokyo, during the course of his visit.

He signed a Memorandum of Understanding with Kyodo News, who will act as the Tokyo 2020 Paralympic Games host news agency.

“I was delighted to meet Toshiaki Endo and Yoichi Masuzoe and hear first-hand from them their support for the Paralympic Games," he said.

“Both realise the true potential of the Games and what impact the Paralympics can have in driving societal change in Tokyo, Japan, and around the world.

“Looking ahead to 2016 when Tokyo 2020 will receive the Paralympic flag, the organising committee has a number of important milestones to achieve.

“This includes the finalisation of venues for three Paralympic sports, which we expect in April, the launch of the new Paralympic emblem and maximising awareness around the Rio 2016 Paralympic Games.”