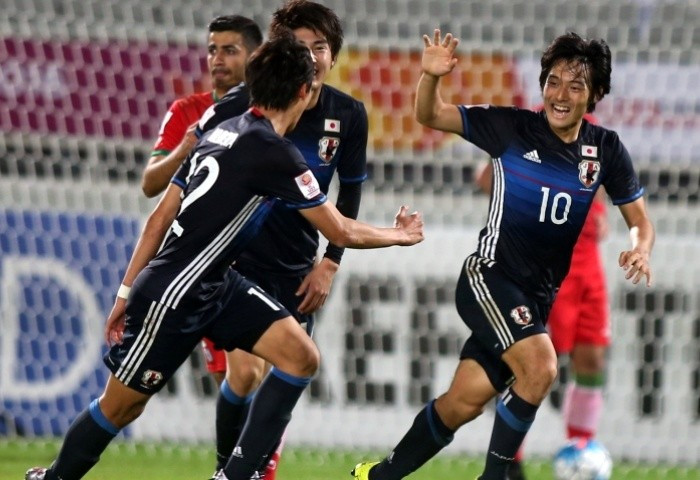 Japan and hosts Qatar moved a step closer to qualifying for this Olympic Games in Rio de Janeiro after both teams claimed quarter-final victories in extra-time at the Asian Football Confederation (AFC) Under-23 Championships.

Japan, seeking a sixth straight appearance at the Olympics, were held to a goalless draw in 90 minutes by Iran before they came to life in extra-time as a double from Shoya Nakajima and a Yuta Toyokawa header gave them a 3-0 win at the Abdullah bin Khalifa Stadium in Doha.

Qatar and North Korea, who reached the quarter-finals having only earned two points in the group stage, also could not be separated in normal time and after the game had finished 1-1, Ali Asad scored what proved to be the winning goal 90 seconds into the additional period to send his side through to the last four.

Japan, who made wholesale changes to the team that beat Saudi Arabia in their final Group B encounter, started slowly, allowing Iran to dominate the early exchanges.

The Iranian side should have gone in front just two minutes in but Arsalan Motahhari fired his effort straight at Japanese goalkeeper Masatoshi Kushibiki.

Yuya Kubo responded for Japan with a shot that whistled past the post before Iran came within inches of taking the lead as Milad Mohammadi's looping header hit the bar.

Neither side could break the deadlock within the 90 minutes and Japan seized the initiative early in extra-time when Toyokawa headed home a pinpoint Sei Muroya cross from close range.

Nakajima then doubled the trouble for Iran with a superb curling shot from distance which found the top corner, before he bagged his second and his side’s third in similar fashion late on to wrap up the victory.

In the second quarter-final, held at the Jassim Bin Hamad Stadium, also in Doha, Qatar got off to the perfect start as Akram Afif was fouled in the penalty area by Kang Il-nam after just five minutes and the midfielder picked himself up to convert the resulting spot-kick to put his team ahead.

That was the way it stayed until deep into second-half stoppage time as So Kyong-jin snatched a dramatic equaliser direct from a free-kick, meaning an additional 30 minute period was required.

Qatar regrouped, despite the disappointment of conceding so late, and regained the lead thanks to Asad’s first-time volley.

Japan will go on to face the winner of the United Arab Emirates versus Iraq quarter-final, while Qatar will entertain either South Korea or Jordan in the other last four clash.

The top three teams at the end of the tournament will earn a berth at this year’s Olympic Games.