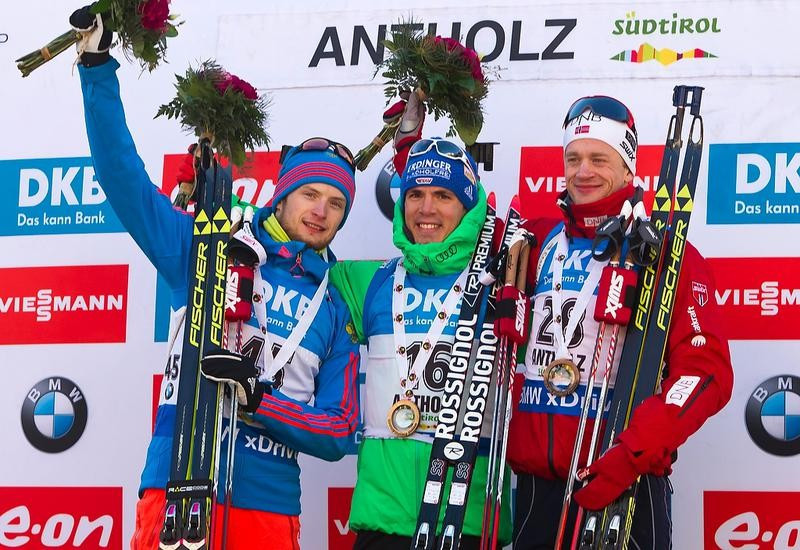 Germany’s Simon Schempp got his International Biathlon Union (IBU) World Cup season back on track as he clinched a commanding victory in the men’s 10 kilometres sprint event in Antholz in Italy today.

Schempp, fourth in the overall standings last season, shot clean on his way to powering home in a time of 23min 01.02 sec.

It was his third consecutive victory in this event.

That proved to be enough to beat Russia’s Maxim Tsvetkov, who claimed his maiden World Cup podium finish, as he was 5.8 seconds adrift of the winning pace.

Norwegian Tarjei Bø held off the challenge of Olympic relay gold medallist Anton Shipulin of Russia to ensure he took home a bronze medal.

It was a disappointing outing for France's defending World Cup champion and current leader Martin Fourcade, who struggled throughout the race and eventually finished down in 10th.

The result moves Schempp into fifth place on the overall World Cup standings, though he remains some way off the leading pace, currently being set by Fourcade on 668 points.

Bø remains Fourcade's closest challenger as he has 516 points.

“I love this place,” Schempp said.

“It is so great with all of the German fans, my friends and my parents in the stadium.

“But I never expected to win.

“I do not have many problems with the altitude her like some of the others do.

“Still this is a tough place to shoot.”

Italy’s Lukas Hofer was quickest off the mark as he established an early lead with a slow yet clean prone stage, before 30 other competitors followed suit by shooting clean.

Fourcade’s chances of earning a medal quickly evaporated as he amassed two prone penalties as Schempp began to take control of the race.

He cleared all of the targets with ease and had the victory all-but sewn up, leaving a battle for the remaining medals.

With Schempp out of sight, both Tsetkov and Bø kept their composure to seal the final two spots on the podium, with Shipulin falling just short of bronze.

The event in Antholz is due to continue tomorrow with the women’s 10km pursuit and the men’s 12.5km pursuit races.