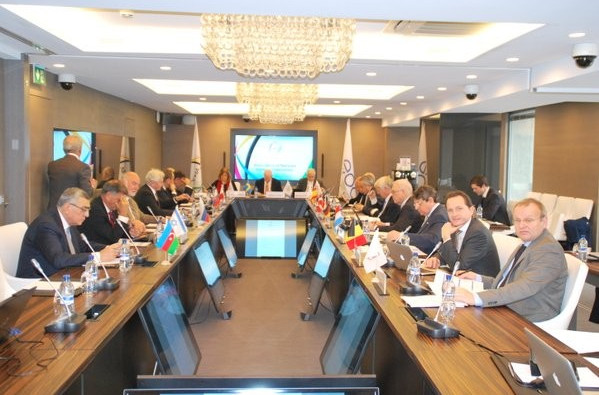 European Olympic Committees (EOC) President Patrick Hickey has set a tentative target of May for Russia to be officially confirmed as host of the 2019 European Games.

The Games are expected to be shared between Sochi, host of the 2014 Winter Olympics and Paralympics, and Kazan, which staged the 2013 Summer Universiade.

Confirmation was initially due at November's EOC General Assembly in Prague, but a decision was ultimately delayed due to the World Anti-Doping Agency (WADA) Independent Commission publishing evidence of systemic and state-sponsored doping across Russian athletics.

A decision was not thought appropriate in that climate.

The world's largest nation is, however, still expected to be confirmed as host for the second edition following a first event in Baku last year, with the decision a question of when rather than if.

An EOC Seminar taking place in Tarragona in Spain on May 20 and 21 has been cited as a potential target.

"As you know, events are unfolding there rapidly, on a daily basis.

"We’re in constant touch with our colleagues in the Russian Olympic Committee and we’re waiting until everything is sorted out.

"We don’t have a final deadline but we would prefer to have it finalised by our seminar in May in Tarragona in Spain.

"But we’re not stuck to that timeline."

The International Association of Athletics Federations (IAAF) Council suspended the All-Russia Athletic Federation (ARAF) following the WADA report's publication in November and May is considered around the earliest that decision could realistically be revoked.

Hickey said they are "waiting to see what happens" in the IAAF, but stopped short of saying they will wait for the IAAF ban to be lifted before announcing the host.

"It’s too early days to make any statement like that," he said.

"The IAAF have their experts in there and we just have to follow their progress."

IAAF President Sebastian Coe is a member of the EOC Executive Committee but was not present for today's meeting.

Hickey, however, is confident the Briton is the "right man to sort out the mess", praising his allies such as former London 2012 chief executive Paul Deighton, who is helping undertake a review into the IAAF finances.

The Irishman also expressed his concern over the large number of European nations to have been declared non-compliant by the World Anti-Doping Agency (WADA) at November's Foundation Board meeting in Colorado Springs.

Russia, as well as Ukraine, Andorra and Israel were all sanctioned, although the Israeli recognition has now been restored following improvements.

Belgium, France, Greece and Spain have also been placed on a compliance "watch list" and will have to prove they have met certain compliance criteria by March 18.

"They’ve got to get their act together," Hickey added to insidethegames.

"That was mainly due to administration rather than anything else.

"We’re encouraging everyone to comply and get their house in order."