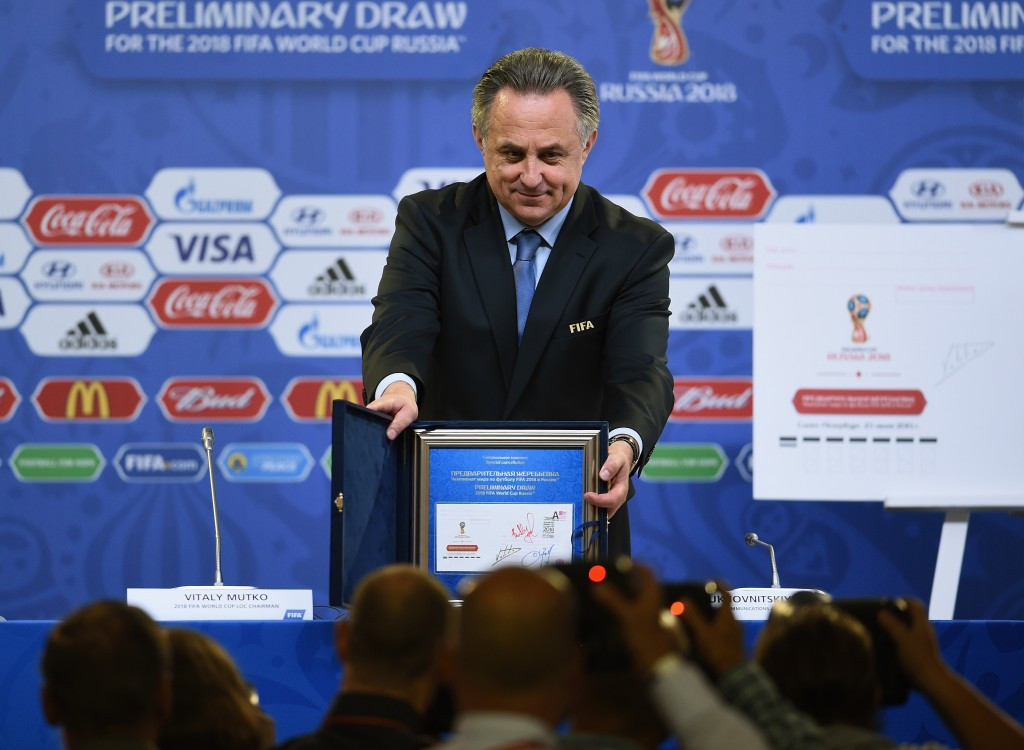 The politician, who is currently overseeing arrangements for the next edition of football's premier tournament in his country in 2018, suggested that the proposal was simply electioneering on the part of Infantino, the general secretary of European governing body UEFA.

Mutko, also the President of the Russian Football Union and a member of the FIFA Executive Committee, would have a vote if attempts were ever made to bring the plan into fruition.

"I do not think this idea is good," he told TASS.

"The World Cup is a grand and unique event.

"Everyone, however, has his own opinion.

"But I believe that the identity would be lost as well as the holiday of a particular country and culture.

"This is a campaign idea."

Forty-five-year-old Swiss Infantino, who also backed calls to increase the number of teams at the World Cup from 32 to 40, would have likely withdrawn from the Presidential race had the now banned UEFA President Michel Platini been able to stand.

"FIFA should investigate the possibility of organising the World Cup not only in one or two countries but in a whole region, so enabling several countries to enjoy the honour and benefits of hosting the World Cup,” he said in his manifesto "Taking Football Forward” which was published yesterday.

The plan has already been adopted by UEFA which will hold its European Championships in 2020 in 13 different cities across the continent, including Irish capital Dublin and Azerbaijan's European Games host Baku which are more than 3,000 miles apart.

Supporters of such a format claim that it is a way of spreading the game and allowing smaller countries the benefits of hosting, although others, such as Mutko, seem to see it as a way of trying to attract support from various voting countries.

Japan and South Korea co-hosted the 2002 FIFA World Cup, but every other edition has been hosted by a single country.

The election will be held at an Extraordinary Congress in Zurich on February 26.