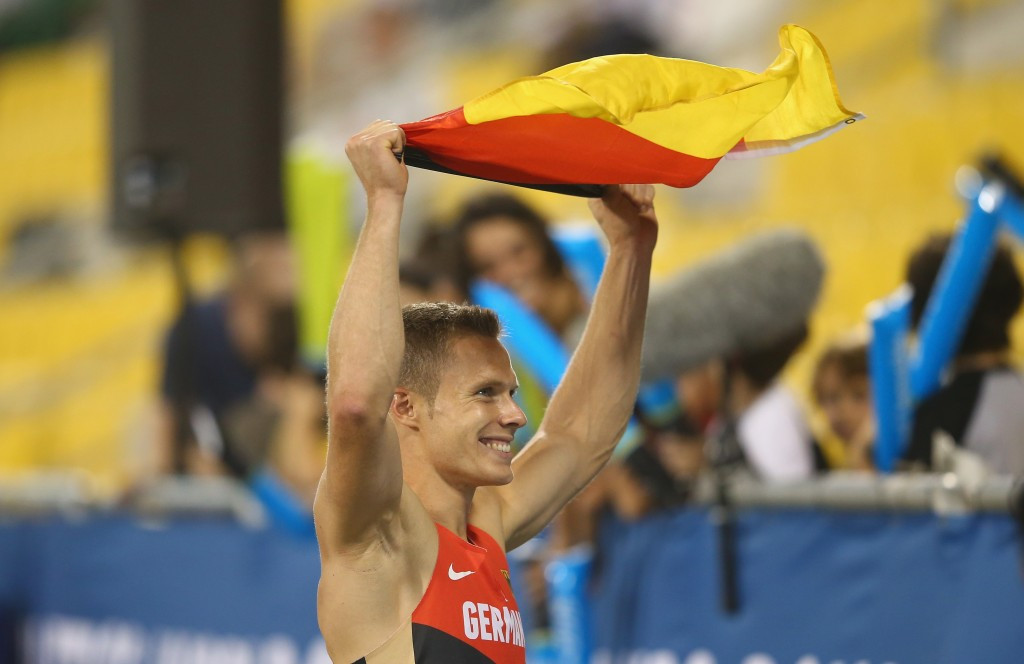 The duo will be part of the same field, in what has been billed as a "historic" meeting by organisers, on February 20.

"It will be my first time competing in Scotland and I’m looking forward to testing myself against some of the best long jumpers in the world.”

The German, who triumphed in the F44 event at London 2012, had made no secret of his desire to compete among able-bodied athletes at this summer's Olympics in Rio de Janeiro.

The 27-year-old boosted his claim with his winning distance of 8.40 metres at the International Paralympic Committee (IPC) World Championships in Doha in October.

This was a world record in the classification and only narrowly shy of the 8.41m Britain's Rutherford recorded when winning the International Association of Athletics Federations (IAAF) World Championships in Beijing in August.

Rehm's world record would have also won him Olympic gold at London 2012, with Rutherford claiming his gold medal on home soil with a leap of 8.31m.

His hopes of an Olympic appearance in the Brazilian city were dashed, however, when the German Olympic Sports Confederation (DOSB) said they would not pick him for their squad.

Opponents of Rehm's bid said that he should not be allowed to compete with able-bodied jumpers as the prosthetic blade he uses could be utilised as a spring which would therefore give him an unfair advantage.

Rehm, winner of the German National Championships against able-bodied competitors in 2014, said he had planned to write to IAAF President Sebastian Coe as part of his efforts to reach the Olympics.

The IAAF, however, have introduced strict rules which ban "the use of any mechanical aid, unless the athlete can establish on the balance of probabilities that the use of an aid would not provide him with an overall competitive advantage over an athlete not using such aid."

A poll held earlier this month on insidethegames found 63.04 per cent of voters were against Rehm being allowed to compete in the Olympics, with 36.96 per cent in favour of him being given the opportunity.

The German could, in theory, take his case to the Court of Arbitration for Sport in Lausanne.

He has competed against 29-year-old Rutherford, who is also the European and Commonwealth long jump champion, once before at the Fanny Blankers-Koen Games in Hengelo in The Netherlands in June 2014.

On that occasion Rehm was tenth out of the 12-man field thanks to an effort of 7.44m, with Rutherford second on 8.24m behind Greece's winner Louis Tsatoumas, who managed 8.25m.

"This is a massive year for me with the Paralympic Games in Rio coming up and I think competing against athletes such as Greg Rutherford in Glasgow will be the perfect way for me to start my preparations," he said.