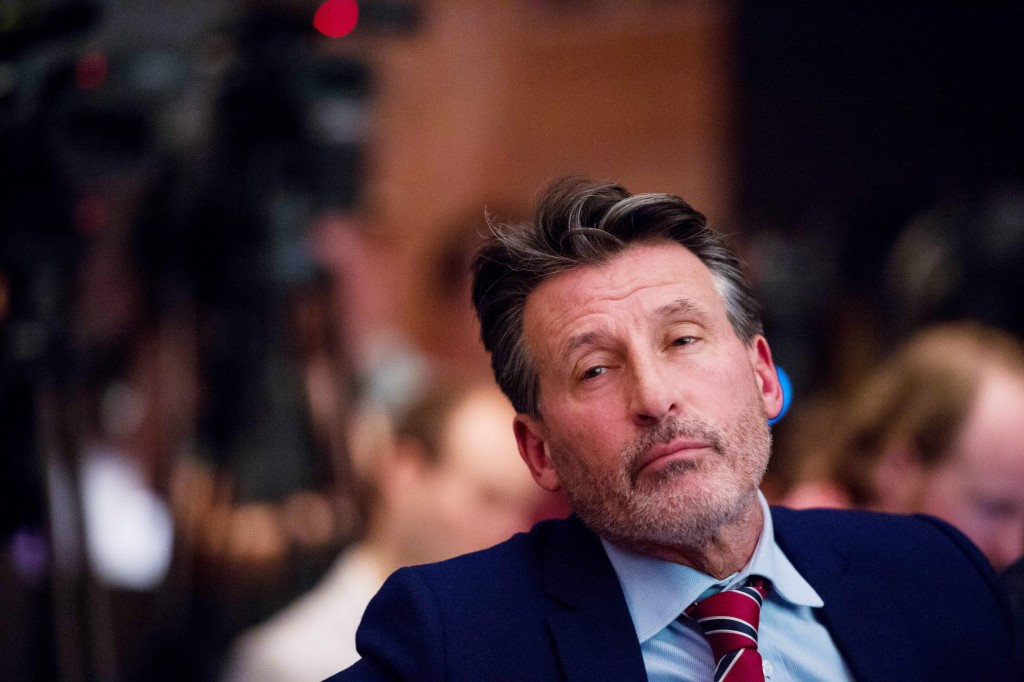 Sebastian Coe today said he had "no suspicions" about Lamine Diack, the man he replaced as President of the International Association of Athletics Federations (IAAF), after being called to task for praise he heaped on the now disgraced Senegalese.

The Briton is the man charged with pulling the sport out of the current turmoil it finds itself in after a double salvo of revelations made by the World Anti-Doping Agency's (WADA) Independent Commission.

Much of the focus has been on Diack, who Coe replaced as IAAF President in August, who was accused of being "responsible for organising and enabling the conspiracy and corruption that took place in the IAAF" in the Commission's second report which was released in Munich last week.

He is also the subject of a criminal investigation in France which alleges that he took money to cover-up doping allegations but Coe, speaking before the scandal was revealed, had glowing words for him when the baton was passed in Beijing.

When questioned on the comments in an interview with BBC Radio 5 Live, Coe replied "absolutely not" when asked if he ever suspected the octogenarian.

"I didn't know then that all this was about to surface," he said.

"This is a person who had globalised the sport to 214 countries.

"It was a strong sport.

"These were the observations I was making.

"I did not have a French prosecution charge sheet.

"I am not going to sit here and say I would have made the same remarks if I had known the extent of the allegations."

Public praise for a predecessor is common in sporting governance but Coe now faces a huge challenge to clean up his sport - and he has admitted that public trust may not be restored at the end of his first four-year term.

Diack's son, Papa Massata Diack, was one of three people banned for life by the IAAF Ethics Commission after he was found guilty of accepting money as part of a blackmail plot to cover up doping cases involving Russian athletes, and an Interpol arrest warrant has now been issued against him.

The initial WADA report in November revealed allegations of widespread state-sponsored doping and cover-ups within Russian athletics while the second alleged that the IAAF Council under Diack, which included Coe as a vice-president, could not have been unaware that something was wrong.

"It cannot be ignored or dismissed as attributable to the odd renegade acting on his own," said Commission chairman Richard Pound.

Coe admitted that the Council was aware Russia was an "escalating" problem and that there were discussions at "President to President" level.

He also said his role as chairman of the London 2012 organising committee meant he wasn't just concentrating on his sport, in which he won two Olympic gold medals in the 1,500m.

"We should have been able to go back and say 'what happened when those conversations were taking place, what was the outcome?," he said on Russia, who have been banned by the IAAF and face missing this summer's Rio Olympics.

"When corruption takes place, it's rare that it's shared with co-workers."

"For ten or 11 years, I was extremely busy in bidding or delivering a London Games.

"I didn't have the advantage of having a single focus on athletics."

Despite being a member of the IAAF Council criticised by the Independent Commission, Pound backed Coe as the right man to oversee the crisis which led to allegations of hypocrisy.

Coe dismissed a suggestion that he should take a lie detector test to prove he was telling the truth about his time at the IAAF.

"I have answered every question," said the 59-year-old.