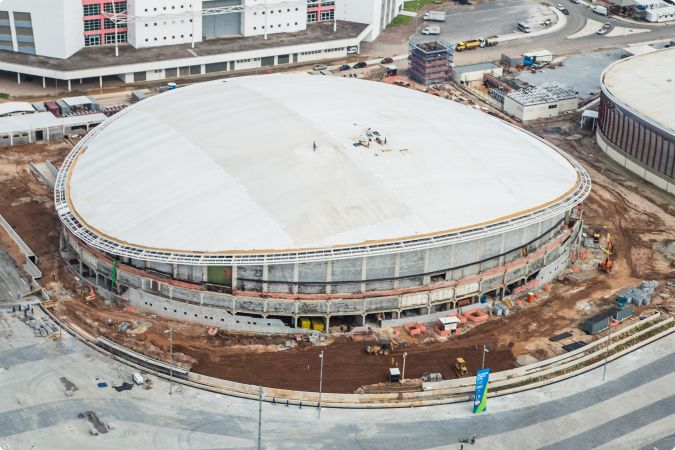 Rio 2016 has announced the rescheduling of a cycling test event to allow more time for the track to be laid at their under-construction velodrome.

The Aquece Rio International Track Cycling Challenge is due to be the first competition staged in the Rio Olympic Velodrome, and was initially supposed to be held between March 18 and 20.

However, Rio 2016 have now been forced to delay the test after confirming that they had experienced a delay in their preparatory work for installing the track, and action will now take place between April 29 and May 1.

Organisers claimed that the velodrome was 76 per cent complete in December, having been at 65 per cent ready during September.

However, it has lagged behind other venues which are also being built in the Barra de Tijuca Olympic Park, with every other arena closer to completion.

“Rio 2016 and the International Cycling Union (UCI) look forward to an exciting test event and will continue to work closely together in the preparation and planning for both the test event and the Olympic and Paralympic Games,” Rio 2016 said in a statement.

The new dates will see the cycling test clash with the start of the handball test event, which will take place at the Future Arena.

News of the delay comes a day after the city of Rio de Janeiro cancelled the construction contract for the Olympic Tennis Centre, less than seven months before the start of the Games.

City authorities claimed "intentional delays" on the part of the consortium in charge of construction was behind the decision, with the venue initially due to be completed by September 2015.

The work was delayed, however, leading to the Brazil Mastercup test event being held last month in an unfinished facility.

Rio 2016 have expressed their confidence that the venue will be ready for tennis competition at the Games, which is scheduled to take place from August 6 to 14.