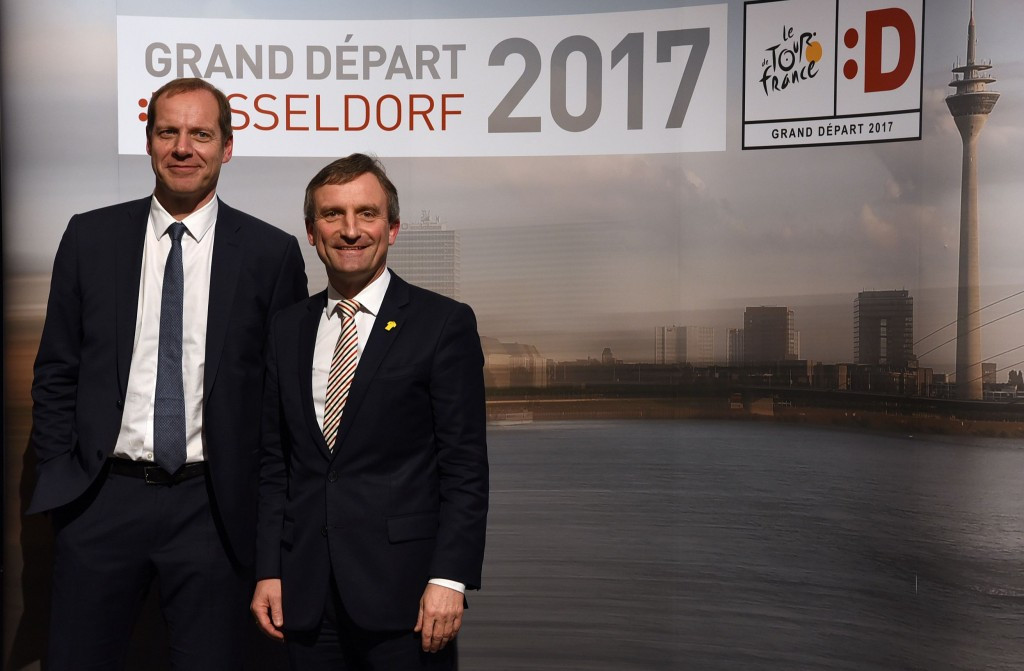 The opening stage of the 2017 Tour de France will be a 13 kilometres individual time trial, the Amaury Sport Organisation (ASO) has announced, with Germany's Tony Martin installed as the early favourite to claim the first yellow jersey on home soil.

The announcement follows last month’s decision to award the prestigious Grand Départ to Düsseldorf, with the race returning to Germany for the first time since the 1987 edition began in West Berlin and for the fourth time in total.

Hopes of an opening day stage win for the hosts have been raised by the announcement of a time trial, with three-time world champion in the discipline Martin expected to be the major beneficiary of the route.

The 30-year-old won the yellow jersey on stage four of last year's race and held onto it until stage six when he had to withdraw after suffering a broken collarbone.

“The stage will start opposite the Messe fair grounds, following which the riders will roll down the banks of the Rhine for several kilometres before crossing it twice and heading for Königsallee, the city's most iconic street,” race organisers ASO stated when revealing the route.

“Finally, after breezing past the opera, the riders will head north-west towards the finish line, also located near Messe.

The Grand Départ will take place on July 1, with the next two stages also taking place in Germany.

The route is yet to be confirmed but is due to see the peloton travel through Düsseldorf’s city centre, before the opening king of the mountains points will be up for grabs in Grafenberg.

The German public will have an opportunity to support several of their star names, which will likely include sprinters André Greipel, Marcel Kittel and John Degenkolb, as well as Martin.

Düsseldorf stepped in to replace London, which had been days away from being confirmed as Grand Départ host in September before withdrawing for financial reasons.

The sport has enjoyed a resurgence in Germany since suffering a lapse in popularity due to doping problems, with the race having been broadcast live for the first time since 2011 last year.

However, the 2017 edition of the race looks set to be registered as a second tier Hors Classe (HC) event, rather than the top tier WorldTour.

It follows ASO’s decision to withdraw their races from the WorldTour for the 2017 season in protest at the International Cycling Union’s reforms of men’s professional road cycling.

The move to HC status would give ASO greater freedom to pick and choose the teams they invite to the races.

The UCI, however, are still determined to press through with their reforms, which include teams and races being awarded three-year licences.

The ASO felt this could weaken its position as organiser of the world's most famous race.