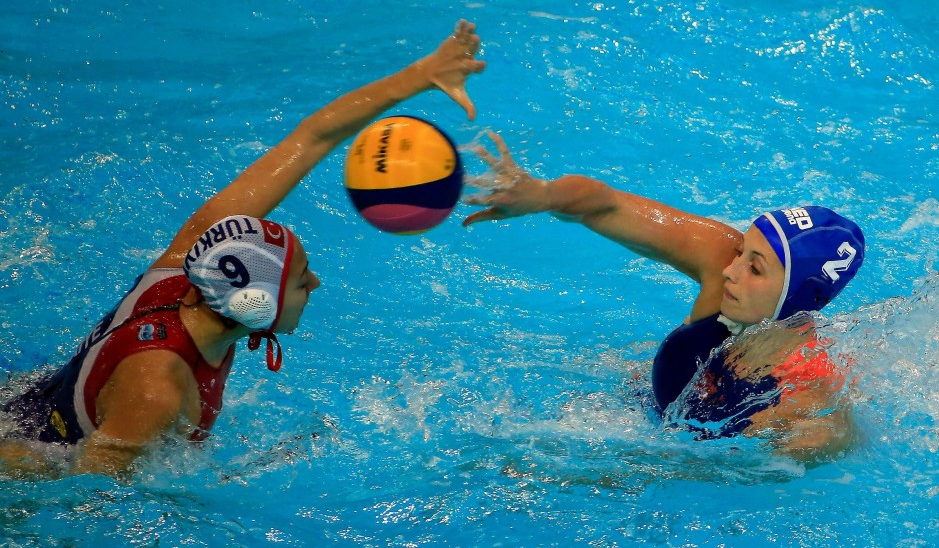 The Netherlands' women delivered a devastating attacking display to thrash Turkey in their second match at the European Water Polo Championships in Belgrade.

As one of the favourites for the title, having won silver at the 2015 World Championships, it came as no surprise that the Dutch made light work of their Turkish opponents, appearing at the tournament for the first time since 1991.

Turkey, beaten 29-0 by Russia on the opening day, were hoping to avoid another demoralising result but could do nothing to prevent their Group A opponents from leading 14-0 at half-time.

The Dutch, who finished as the runners-up in 2014, continued to press home their advantage, with Vivian Sevenich finding the net on six occasions.

At the close of the tie, The Netherlands had amassed a winning margin of 25-0 to record back-to-back wins to begin their pursuit of a first European crown since 1993.

It keeps them joint top of the Group A standings with Russia, winners of three straight titles between 2006 and 2010, claimed a straightforward 21-5 win over Portugal.

Hungary, medallists at the last two editions of the Championships, bounced back from their opening day defeat to The Netherlands by beating Greece 9-6.

After both countries suffered defeat on the opening day of the men’s competition, The Netherlands and Slovakia were hoping to get off the mark in Group A.

It proved to be a close affair with the Dutch eventually prevailing 5-4, due to a Yoran Frauenfelder goal, just 54 seconds from the end.

The result keeps both teams top of the standings on four points.

Croatia, meanwhile, secured their first victory by overcoming France 20-5 in Group B, which gave Serbia an opportunity to strengthen their grasp on top spot.

The hosts grasped the chance with both hands as they recorded a 20-2 victory over Malta at the Kombank Arena.