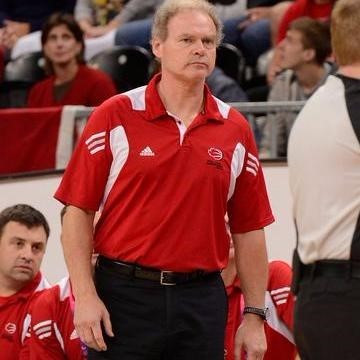 Tonello, who was born in Toronto, stood down from his coaching role in May of last year to undergo treatment for a brain tumour.

As well as guiding Canada to the Paralympic title in London, where they beat Australia in the final, Tonello was also an assistant coach during the victorious Sydney 2000 campaign.

He was the associate head coach of the squad that won silver at the 2008 Beijing Games.

Tonello coached at four Parapan American Games from 1999 to 2011 and recently showed his support to the Canadian team at Toronto 2015, where both the men’s and women’s sides claimed silver medals.

“Jerry was a tremendously well-respected coach.

“Bringing a work ethic instilled by his parents to his job on the sidelines, he made a remarkable contribution to the national wheelchair basketball programme over many years.”

Tonello was a keen sportsperson in his youth and became the first able-bodied athlete to compete in the National Wheelchair Basketball Championships in 1992.

Able-bodied players had been competing in the Canadian Wheelchair Basketball League since 1989.

“The wheelchair basketball community has lost one of its finest coaches, a tireless mentor and a true friend,” Wheelchair Basketball Canada executive director Wendy Gittens said.

“Jerry loved wheelchair basketball as both a player and a coach, and his ultimate passion was working his athletes.

“He dedicated much of his life to the sport at both the grassroots and national team levels and inspired many along the way.

“We are deeply saddened by his passing and he will be forever missed by those who knew him.

“Our thoughts are with his family at this difficult time.”

Tonello is survived by his wife Anne-Louise and two sons, Matthew and Zachary.