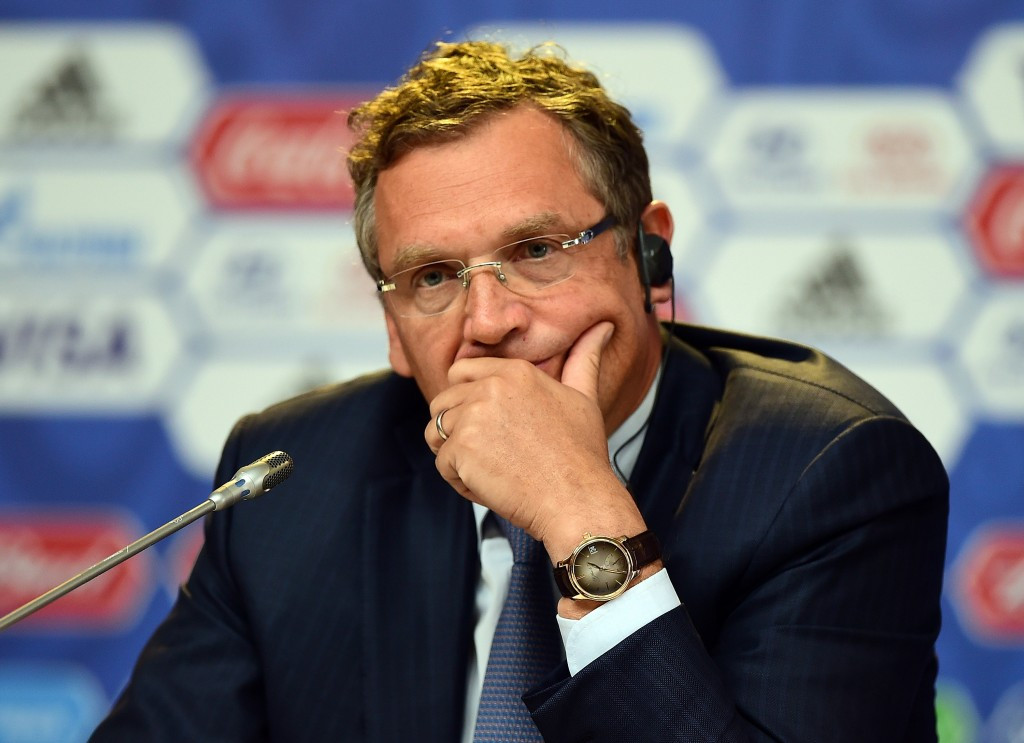 The Investigatory Chamber of the FIFA Ethics Committee has recommended suspended secretary general Jérôme Valcke be banned for nine-years.

Valcke was given a 90-day suspension in September, which was due to expire today, after he was accused of being involved in a scheme to sell World Cup tickets for above their face value and the Ethics Committee have requested his ban be extended by 45 days.

Led by Cornel Borbély, the Investigatory Chamber found Valcke was in breach of seven ethics violations and his case will now be put in front of Adjudicatory Chamber judge Hans-Joachim Eckert.

The 55-year-old Frenchman has been accused of "offering and accepting gifts and other benefits", as well as breaches of confidentiality, duty of disclosure, cooperation and reporting and loyalty.

Emails and documents were released which suggested that Valcke knew tickets were being sold by Swiss firm JB Sports Marketing AG for up to five times their worth.

"In his final report, the chairman of the Investigatory Chamber of the Ethics Committee recommended imposing a sanction of a nine-year ban and a fine of CHF 100,000 on Mr Valcke for alleged violation of the general rules of conduct (art. 13 of the FIFA Code of Ethics(FCE)), loyalty (art. 15 FCE), confidentiality (art. 16 FCE), duty of disclosure, cooperation and reporting (art. 18 FCE), conflicts of interest (art. 19 FCE), offering and accepting gifts and other benefits (art. 20 FCE) and general obligation to collaborate," a FIFA statement read.

"Until a formal decision is taken by the Adjudicatory Chamber of the Ethics Committee, Mr Valcke is presumed innocent."

In a strongly-worded riposte to the recommendation, Valcke's lawyer said: "The Investigatory Chamber of the FIFA Ethics Committee has chosen to ignore Jérôme Valcke's exemplary conduct and extraordinary contributions during his long tenure as secretary general.

"Today's press release is nothing more than a self-serving public relations effort to wrongly attack Mr. Valcke in a desperate attempt to try to prove FIFA can police itself.

"Mr. Valcke did absolutely nothing wrong as any independent and fair review of the facts would establish."

Valcke, who has held his role within FIFA since 2007, was also at the centre of allegations concerning a $10 million (£7 million/€9 million) bribe, reportedly given to disgraced FIFA vice-president Jack Warner in return for his vote for South Africa’s bid to host the 2010 World Cup.

Valcke has always denied the claims, despite reports in the American media that he was the “high-ranking FIFA official” to have signed off on the payment.

It had previously been reported that he had been unsuccessful in his attempts to secure a multi-million pound pay-off before his suspension as he still has two years left on his contract.

Before he was banned for 90 days, Valcke was tasked with the day-to-day running of world football's world governing body, which remains engulfed in scandal amid a series of corruption allegations, indictments and arrests, and was considered suspended President Sepp Blatter's right-hand man.

Blatter and UEFA chief Michel Platini were given eight-year bans from footballing activity after the Ethics Committee conducted an investigation into a "disloyal" payment of CHF2 million (£1.3 million/$2 million/€1.8 million) made to the Frenchman by the Swiss, whose tenure at the helm of the governing body will officially come to an end at the Extraordinary Congress, due to take place in Zurich on February 26.