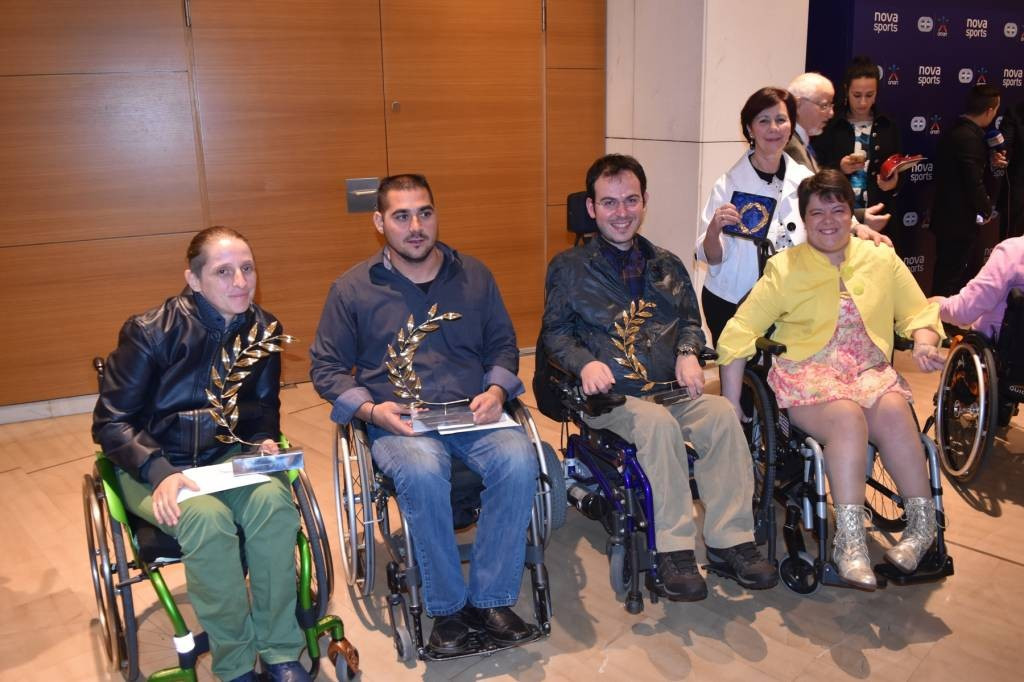 Greek athletes Manolis Stefanoudakis and Dimitra Korokida, as well as boccia trio Grigorios Polychronidis, Nikolaos Pananos and Anna Ntenta, have been recognised for their efforts during 2015 as they scooped the disability prizes at the Panhellenic Association of Sports Press annual awards.

Stefanoudakis, winner of the gold medal in the T54 javelin event at the International Paralympic Committee (IPC) Athletics World Championships in Doha, was given the Male Athlete of the Year with a Disability Award.

Korokida won the Female Athlete of the Year with a Disability Award following her performance at the IPC Athletics World Championships in the Qatari capital as she clinched the gold medal in the F53 shot put.

Her display in Doha saw her chosen for the award ahead of swimmer Maria Tsakona and Anthi Liagos, who also competes in shot put.

Polychronidis, Pananos and Ntenta, meanwhile, were handed the team award after they enjoyed a successful year, which yielded BC3 classification victories at April’s European Continental Cup in Spain and July’s European Team and Pairs Championships in Britain.