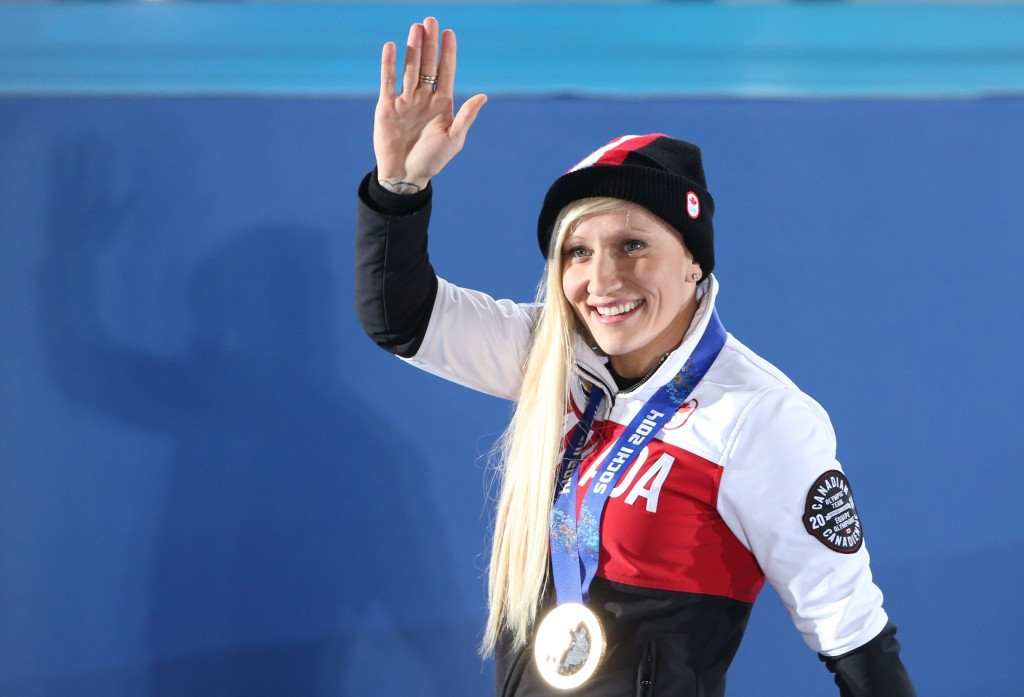 Canada's double Olympic champion Kaillie Humphries will pilot the first-ever all-female four-man crew at an International Bobsleigh and Skeleton Federation (IBSF) World Cup when she leads her team competing against men in the event in Lake Placid on Saturday (January 9).

Humphries, winner of the Olympic gold medal in the two-woman at Vancouver 2010 and Sochi 2014, and American Elana Meyers Taylor, a three-time world champion, made World Cup history last season when they piloted male crews.

The 30-year-old will be joined at the event in by Melissa Lotholz, Genevieve Thibault and Cynthia Appiah.

The four-woman race currently does not have its own slot on the calendar but the IBSF plan to stage an exhibition version of the event at next month’s World Championships in Igls, Austria.

“The whole point of me competing with the guys in the first place was to show that girls can do four-man,” Humphries said.

“We're just kind of taking it one step further and having a full women's crew now.

“We've always wanted to have our own four-woman event.

“Hopefully in doing this for this second half, the world will see, the other girls will see, the IBSF will see and Bobsleigh Canada that we can do this.

“We're going to go out and do the best we can and it would be amazing if we can beat some of the tiny, tiny nations that aren't necessarily the best in bobsleigh with the women's crew.”

Following lobbying from the likes of Humphries, the sport’s governing body announced in September 2014 that all four-person races from that point forward would be “gender neutral”.

The Canadian hopes the format of the sport will eventually be included at the Olympic Games after a two-woman event was introduced at Salt Lake City 2002.

Humphries was reportedly unhappy with the Bobsleigh Canada Skeleton in November after they confirmed only one four-man sled from the country would compete at the opening three World Cup events of the season.

She then appealed successfully to the BCS to feature a four-woman team.

“This falls in line with what we envisioned,” BCS high performance director Chris Le Bihan said.

“Canada was heavily involved in getting women's bobsleigh into the Olympics.

“Kaillie with her strong personality and technical skills is the perfect person to lead the charge.

“It's also providing more opportunities for our women to compete in more events.”

Humphries and Lotholz have begun the season in fine form, claiming their second victory of the campaign at Königssee in Germany last month.