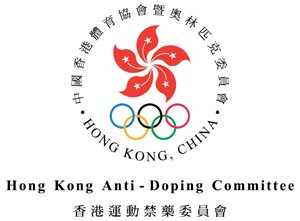 Triathlete Ivan Lo Ching-hin, who represented Hong Kong at the 2014 Asian Games in Incheon, has been banned for four years after refusing to take a drugs test.

The 26-year-old, who finished fourth in the mixed relay at Incheon 2014, was given the suspension after he appealed against the decision of the Hong Kong Anti-Doping Committee (HKADC).

“The violation occurred during an out-of-competition doping control on May 12, 2015, where the athlete refused to submit to a sample collection,” the HKADC said.

“Lo then exercised his right to attend and testify at a hearing in response to HKADC’s assertion of anti-doping rule violations.

“The Committee’s Disciplinary Panel had carefully considered the case and Lo was found guilty of violating the HKADC anti-doping rules due to his refusal to submit to a sample collection without compelling justification.”

He had not raced internationally since October 2014 when he finished seventh in the Hong Kong ASTC Triathlon Asian Cup.

Lo had won the Asian Under-23 Championships in Subic Bay in the Philippines in 2010.

He was ranked 374th in the current International Triathlon Union world rankings.

"The TriHK fully supports the objectives of WADA (World Anti-Doping Agency) and the HKADC, as well as their testing protocol," they said in a statement.

"TriHK will continue to work together with the HKADC and SF&OC (Sports Federation & Olympic Committee of Hong Kong, China) to ensure athletes take every opportunity made available to them by the relevant bodies, including attending relevant seminars, so that they are fully aware of, and remain in compliance with, the HKADC regulations."