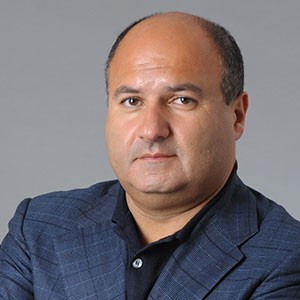 Georgy Bedzhamov, President of the Bobsleigh Federation of Russia, has reportedly fled the country and is seeking refugee in Europe.

The 52-year-old millionaire businessman left Russia after his sister Larisa Markus was arrested last month after accusations of fraud.

It followed the decision of the Central Bank of Russia to put Vneshprombank, the bank Bedzhamov is part owner of, into temporary administration.

Markus faces 10 years in prison if she is found guilty.

"The [Russian] Bobsleigh Federation President Bedzhamov is currently in Monaco and is set to ask for political asylum in a European country," the Russian edition of Forbes magazine reported.

The Bobsleigh Federation of Russia confirmed that 52-year-old Bedzhamov was currently absent but had not resigned.

"We do not know anything about his current location.

"And his assistants told me that he has not asked to resign."

Bedzhamov became President of the Federation in 2010 and was re-elected after the 2014 Olympics in Sochi, where Russia won three gold medals in bobsleigh and skeleton.

"Despite the absence of the President the Federation will continue its work in regular mode," Kesoyan said.