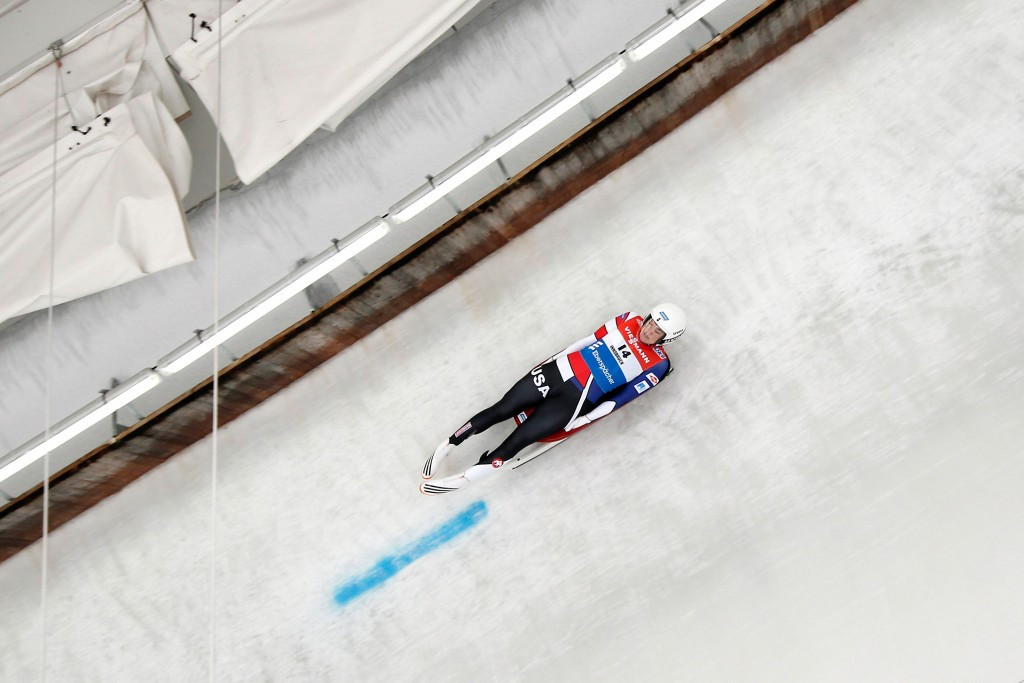 The United States' Summer Britcher moved to the summit of the Luge World Cup standings after winning the women's sprint event in Calgary, Canada.

Britcher clocked a time of 31.129sec to finish narrowly ahead of Germany’s Dajana Eitberger, with Russia’s Tatiana Ivanova in third.

Victory gives Britcher an additional 100 points and sees her leapfrog compatriot Erin Hamlin, 13th in the sprint, into top spot on the World Cup leaderboard.

Britcher’s running total of 495 points puts her 64 clear of Hamlin, while the women’s singles Olympic champion Natalie Geisenberger of Germany, who had to settle for fourth place in the sprint, is third on 425.

Meanwhile in the men’s sprint, Germany’s Felix Loch prevailed to edge up to third place in the World Cup rankings.

The Olympic champion, who claimed his first win of the World Cup season yesterday, posted a winning time of 30.091 as Russia’s Roman Repilov took second and Austria’s Wolfgang Kindl third.

Kindl heads the World Cup pecking order with 465 points, followed by American Chris Mazdzer, sixth in the sprint, on 405 and Loch with 390.

The World Cup now takes a break with the fifth leg due to be held on January 9 and 10 in the Latvian town of Sigulda, which hosted this year's World Championships.