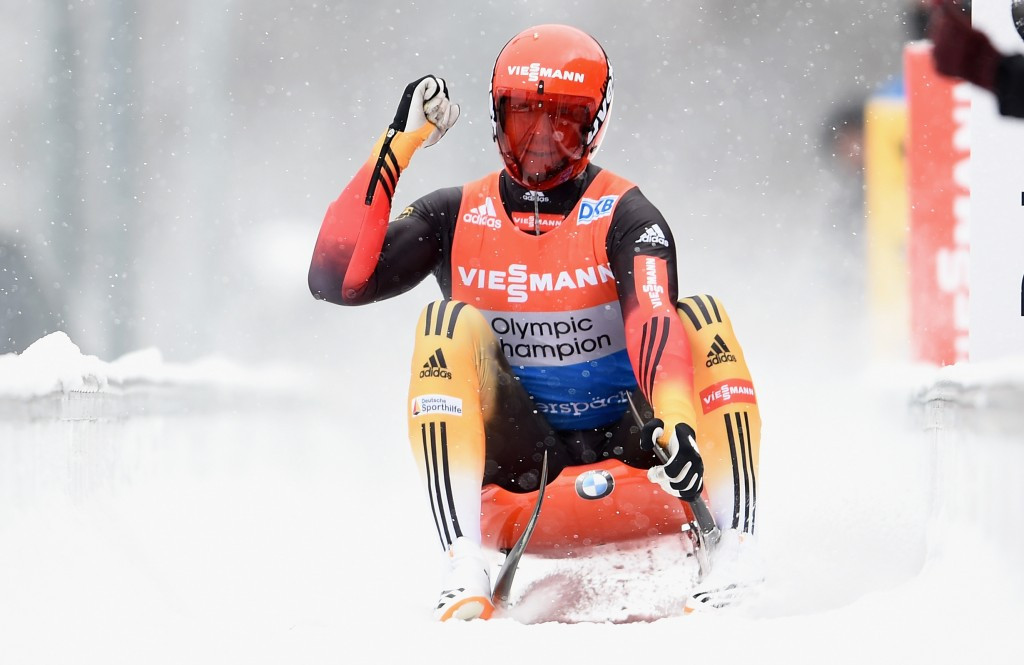 Olympic champion Felix Loch claimed his first win of the Luge World Cup season after coming out on top in Calgary, Canada.

Loch clocked an overall time of 1 min 30.304sec to take the 26th singles victory of his career and relegate the United States' Chris Mazdzer into second place.

The 26-year-old slider becomes the fourth World Cup winner of the season, following success for Italy’s Dominik Fischnaller in Innsbruck, Mazdzer on his home tracks of Lake Placid and Park City and Austria’s Wolfgang Kindl, who won the BMW Sprint World Cup in Park City.

"It’s cool to be back on the top step of the podium after I pretty much threw away the wins in Innsbruck and Lake Placid.

"I’m looking forward to the sprint so I make up a few points in the World Cup standings.

"And I can’t wait to get home, although everything is green and warm and there is beautiful winter weather here."

Loch's victory comes after he was disqualified in Innsbruck for an overweight sled.

"I’m still in the lead, and looking forward to the sprint," said the 2015 World Championships bronze medallist.

"It’s a great feeling to be wearing the yellow jersey - it really motivates me.

"It has been a sensational start to the season.

"I started out well and found my rhythm right away, and that kind of confidence brings form."

Austria’s first World Cup leader in 11 years is followed in the standings by Mazdzer on 355 points and Fischnaller on 306.

The World Cup will take a break after tomorrow's BMW Sprint World Cup.

The fifth leg is due to be held on January 9 and 10 in the Latvian town of Sigulda, which hosted this year's World Championships.