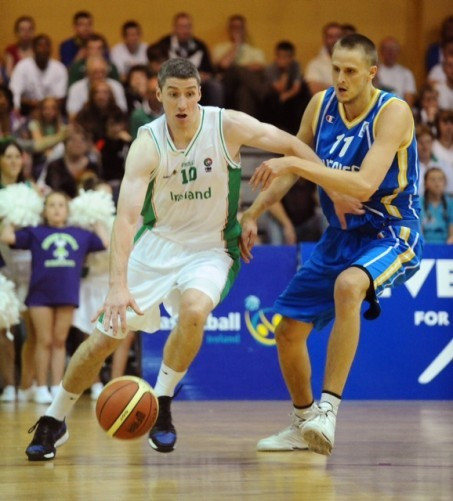 Ireland’s senior men’s basketball team will re-enter European competition in 2016 after a seven-year absence, it has been announced.

The Irish took part in EuroBasket 2009 Division B, before being disbanded due to financial constraints.

The country will now return to continental action via the International Basketball Federation (FIBA) European Championship for Small Countries, set to take place next summer in Moldova’s capital Chisinau.

"It means a lot to players to stand for the national anthem and represent their country in their chosen sport.

"There’s a lot of guys who have done it at underage and this is the right step at the right time."

O’Reilly was also coach of the Men’s Premier League select squad at the 2015 Sino-European Championships in China and the Hibernia combined-club side which participated in the FIBA Europe Cup.

"If you bring the best players in the country together for sessions, fellas are going to improve," he said.

"But there has to be a structure for elite players providing higher levels of training, strength and conditioning as well as more variety in coaching.

"We’re trying to build continuity but there will be guys coming in who weren’t available before.

"It’s a one-off tournament but that can’t be the end goal."

The self-funded project will be administered by the Men’s National Competitions Committee following their request to the Elite Performance Committee and Board of Basketball Ireland.

The news follows the recent reinstatement of the senior women’s team, which will contest next year's FIBA Small Countries Women in Gibraltar.

Under-15 and under-17 development squads bring the total number of active international squads to 12.

Speaking about the announcement, Basketball Ireland secretary general Bernard O’Byrne said: "This is a logical development following the ventures to China last summer and the Hibernia games.

"I am sure the players will rise to this next test and I wish them well."

The FIBA European Championship for Small Countries is the third tier of the biannual FIBA EuroBasket competition for senior teams.

Ireland came second in the inaugural competition in 1988 before winning it in 1994 to gain promotion to Division B.

That was followed by seven campaigns in Europe’s second tier up to and including EuroBasket 2009.