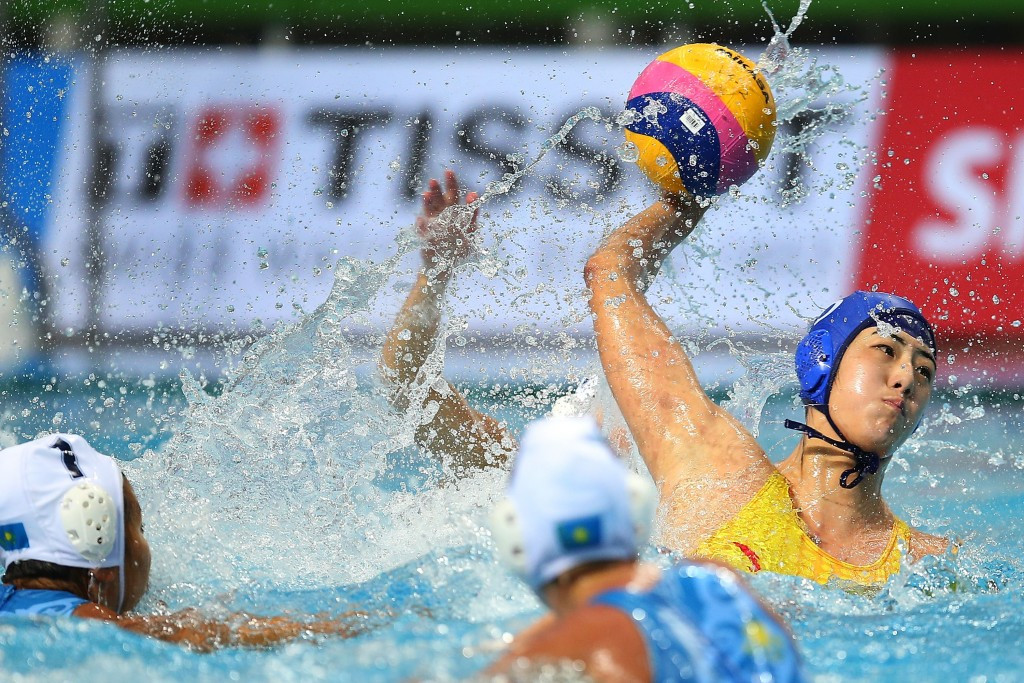 Hosts China beat Japan in the final of the Women's Asian Water Polo Championships in Foshan to secure their ticket to next year's Olympics in Rio de Janeiro.

China's goalkeeper Yang Jun was voted the Most Valuable Player of the tie, which took place at the Century Lotus Stadium.

Her country joins Olympic hosts Brazil in qualifying for Rio 2016 with six other places still up for grabs.

A further three nations will advance from the World Qualification Tournament, which is scheduled to take place in Gouda, The Netherlands, from March 21 to 28.

Despite missing out on women’s qualification, Japan topped the group standings in the men’s tournament to book their spot at Rio 2016.

Having already beaten Iran, Kazakhstan and Saudi Arabia, the Japanese made it four wins out of four with a 16-10 victory over China.

China went into the match undefeated on the back of three consecutive wins, but fell short at the final hurdle.

In the day’s other game, Kazakhstan beat Iran 18-9 to claim the bronze medal with a 50 per cent win rate.

Iran came fourth thanks to their sole victory against Saudi Arabia, who finished last after failing to get off the mark.

A total of six teams, including hosts Brazil, have now qualified for the Rio 2016 men's tournament.

Serbia, the United States, Croatia and Greece having already booked their places.

A further six teams still have to qualify.