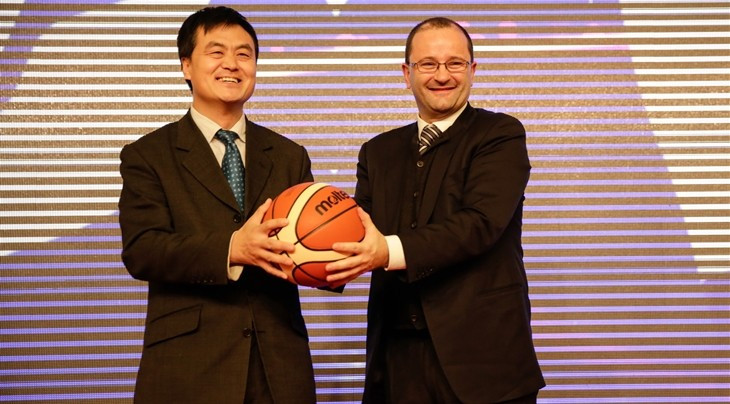 The International Basketball Federation (FIBA) has announced Beijing Enterprises Group has become a partner for a four-year period from 2016 to 2019.

Under the terms of the agreement the company will be granted exclusivity in the categories of beer and wine for their beer brand Yanjing Beer, the state beer of China.

As a result the beer, which was an official sponsor of the Beijing 2008 Olympic Games, will be heavily promoted across all senior men’s and women’s FIBA events.

The partnership will include the men’s 2019 FIBA World Cup, awarded to China in August, having beaten the Philippines 14-7 at a vote.

"It is a great sign of confidence to already sign our first partnership for the 2019 FIBA Basketball World Cup in China,” said FIBA secretary general Patrick Baumann.

“This shows that the strong support for the next edition of FIBA's flagship event goes beyond the political and sports landscape, extending into the large and growing business community.

“We look forward to expanding this group of marketing partners in the near future."

FIBA qualifying tournaments for the Rio 2016 Olympic Games, the 2017 Continental Cups and the 2018 Women’s Basketball World Cup in Spain are all included as part of the agreement.

National teams will play regular home and away games over a four year cycle from 2017, which will be used as qualifiers for the 2019 World Cup and the 2021 Continental Cups.

The deal will give Beijing Enterprises Group key commercial rights such as association with FIBA marks, brand visibility on the court and product placement at the venues.

"We are a long-time and strong supporter of sports in our country and basketball is China’s number one sport in terms of participation,” said Hou Zibo, general manager of Beijing Enterprises Group.

The FIBA Basketball World Cup will set new standards and we are very excited and proud to sign up as the first partner of this exciting venture."