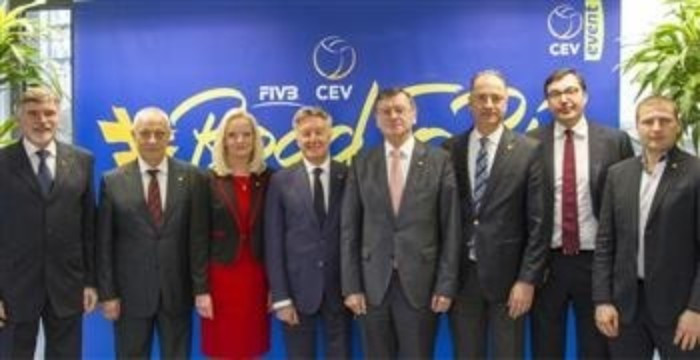 A road map is to be drawn-up to decide the future path of the European Volleyball Confederation (CEV) following an Executive Committee meeting in Luxembourg City, the first since Aleksandar Boricic assumed the CEV Presidency in October.

The Serbian replaced Luxembourg's André Meyer at a vote held during the body's General Assembly in Sofia.

This meeting was a first chance for him to set out his stall as President, allowing all those in attendance to "share their vision for the future of Europe’s volleyball family and also define their respective tasks for the months ahead".

The road map will be drawn-up ahead of further discussion and approval by the CEV Board of Administration at its meeting in March next year.

Establishing closer links with all strategic stakeholders was hailed as another priority, including the European Olympic Committees and the European Union as well as the other members of the European Team Sports Association.

They are also aiming to focus on the sport rather than political and administrative issues, ensuring that players and coaches are put in the spotlight.

The future of the European Cups and European Championships, billed as "core products" of the CEV portfolio, will be "further discussed and analysed together with all stakeholders in order to define the best solutions and formats to attract sponsors and improve marketability".

“It is time for changes at CEV and last Friday’s #RoadToRio event represents a milestone in this sense since it shows that we are opening up our doors and willing to listen to each and every member of our volleyball family in order to further grow the sport and improve communication with all stakeholders,” said Boricic after chairing the meeting.

"“This is just the very beginning of a long journey but I am confident that all together we will be changing the image and general perception of CEV and open up a new era for volleyball and beach volleyball in Europe.”