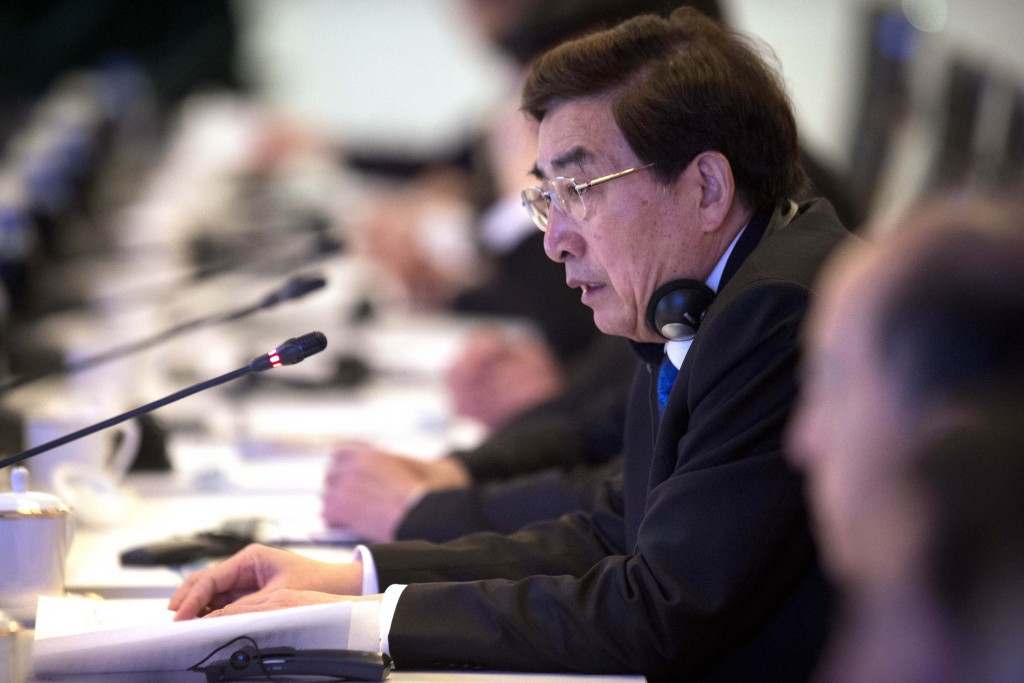 Beijing's Chinese Communist Party (CCP) secretary and former Mayor Guo Jinlong has been named President of the city's Organising Committee for the 2022 Winter Olympics and Paralympics.

Guo, who served as Mayor between 2008 and 2012, formerly served as executive chairman of the Beijing 2008 Summer Olympic Organising Committee.

He was involved during the International Olympic Committee (IOC) Evaluation Commission inspection to the Chinese capital in March and met with an IOC delegation during last month's Orientation seminar.

A leading politician, he is also a member of the CCP's ruling Politburo.

Among various former roles, he served as Party Secretary of the Tibet Autonomous Region between 2000 and 2004.

His appointment was unveiled today in Beijing's Great Hall.

They will be joined by China Disabled Persons' Federation chair Zhang Haidi, and Zhang Qingwei, Governor and deputy Communist Party Secretary of Hebei Province, which contains Zhangjiakou, the location for the main mountain venue cluster.

Zhang Jiandong, Deputy Mayor of Beijing, who had been considered a potential bid leader, will serve as executive vice-chairman.

A Beijing 2022 bid insider told insidethegames today they "have more positions to be appointed, but it takes time".

Beijing was awarded the Games by the IOC at its Session in Kuala Lumpur on July 31 after seeing off competition from Almaty in Kazakhstan by just four votes.

The Chinese capital is currently facing its worst air pollution readings on record, despite vowing to use both the 2008 and 2022 Games to improve levels.

A red alert for pollution - the highest level of warning - has been issued as conditions have turned "hazardous", with schools and construction sites remaining shut.

The red alert is likely to last until at least 12pm local time on Thursday (December 17).

Officials promised authorities would take "realistic action" to gradually reduce levels of hazardous particle pollution before the Games are due to begin in just over six years time.