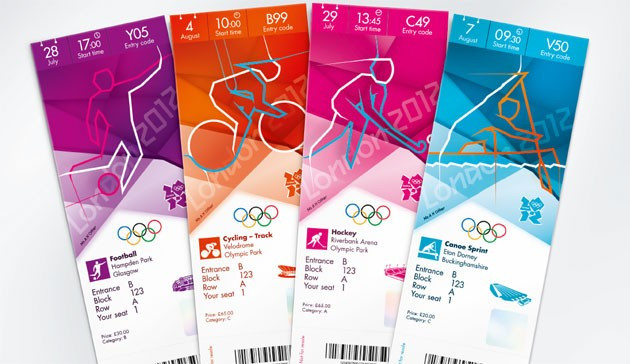 A central supplier to provide ticketing systems and services could be appointed for the Olympic and Paralympic Games from Tokyo 2020, it has been revealed.

The International Olympic Committee (IOC) have invited companies to contact them for "further information regarding the provision of Ticketing Systems and Services to support the Olympic and Paralympic Games 2020, 2022 and 2024".

They are seeking an Invitation for Expression of Interest (“IEI”) by February 15 next year.

The supplier would work with the Organising Committees for the Olympic Games (OCOGs) in order to ensure the most efficient solution across multiple editions of the Games, the IOC said.

The initiative is in line with Olympic Agenda 2020 recommendation 12, point 3: “Consider the provision of turnkey solutions for OCOGs in areas which require highly specific Olympic expertise.”

It is unclear how the new system would work but it could provide a threat to companies who currently act as authorised ticket resellers (ATRs).

They are appointed by Local Organising Committees for specific countries and territories.

Olympic ticketing is a multi-million dollar business and was responsible for around 30 per cent of the revenue raised by London 2012.

Britain's IOC vice-president Sir Craig Reedie had said three years ago, shortly after the end of London 2012, that the IOC should take control of the Olympic ticketing distribution process rather than leave it in the hands of the host Organising Committee.

Ticketing was the main point of controversy during London 2012 when thousands of sports fans were left disappointed at not being able to secure tickets for the Games.

Sir Craig's comments come followed a major ticketing scandal within the Olympic Movement in the build-up to London 2012 when a Sunday Times investigation alleged that people around the world had been caught offering to sell thousands of tickets on the black market, including for the top events like the men's 100 metres final.

The general secretary of National Olympic Committee of Ukraine, Volodymyr Gerashchenk, was also forced to resigned after the BBC filmed him offering to sell thousands of London 2012 tickets on the black market.

"I am of the opinion that the IOC should go into the ticketing business and handle the ticketing for the Olympics," Sir Craig said.

"The IOC should be responsible for distributing Olympic tickets worldwide and they should help the Organising Committee in distributing tickets in the host nation.

"It would be a huge help to the Organising Committee with the expertise the IOC could provide.

"With some host cities, raising revenue from tickets is not always a big thing but with other cities, like London, it was a huge part of the commercial operation to raise revenue.

"But whoever the host city is, I think there would be a much smoother situation if the IOC was running it."