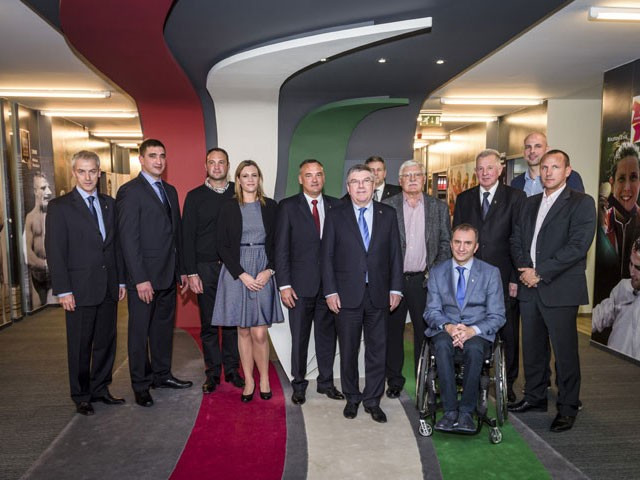 Sydney 2000 gold medallist Ágnes Kovács is set to play leading role in Budapest's bid to host the 2024 Olympics and Paralympics after being appointed head of its Athletes' Commission.

She is one of several Olympic gold medallists expected to play a leading role in the Hungarian capital's campaign.

It has already been announced that Kovács will be joined by Attila Mizsér, a modern pentathlon gold medallist, as director of sports and venues.

Kovács is one of Hungary's best-known sports personalities.

She was voted Hungary's Sportswoman of the Year for four consecutive years between 1997 and 2000, the final year in recognition of her Olympic gold medal in the 200 metres breaststroke.

The 34-year-old has held several positions since her retirement, including UNICEF's Hungary's sports envoy between 2010 and 2013.

She is also a member of the Executive Board of the Hungarian Swimming Federation and was last year inducted into the International Swimming Hall of Fame.

Kovács will be going head-to-head with another former swimmer, triple Olympic gold medallist Janet Evans, who is head of the Los Angeles 2024 Athletes' Commission.

Mizsér, a member of the Hungarian squad that won the modern pentathlon team gold medal at Seoul 1988, will play a vital role in working closely with the 28 International Federations to ensure their needs are catered for if Budapest is awarded the Olympics.

The 54-year-old, winner of an Olympic individual silver medal at Barcelona 1992 and also five-time world champion, has already started his role and it is claimed he brings a proven track record in sports, as well as a strong financial and managerial background.

Both he and Kovács were among a group of Hungary's Olympic gold medallists who met International Olympic Committee (IOC) President Thomas Bach during a visit here today.

IOC Honorary Member Tamás Aján, President of the International Weightlifting Federation, and Balázs Fürjes, chairman of Budapest 2024, were also on hand to greet Bach upon his arrival.

A series of events have been planned over the next two days to showcase Hungary’s commitment to Bach’s Agenda 2020 vision and celebrate the 120th anniversary of MOB, including a special gala evening at the Hungarian State Opera House.

“Our Olympic legacy continues with our ever increasing success at European and World Championships," said Schmitt.

"Our ability to host large scale events such as formula one, 2017 FINA World Championships and the recent award Budapest received as the European city for Sport in 2019 clearly and firmly places the country on the sporting map.”

Fürjes added “These events serve as proof points of our national sporting capabilities, our commitment to making sports accessible for everyone and the nation’s ability to continue developing world class athletes in a safe and secure environment.”