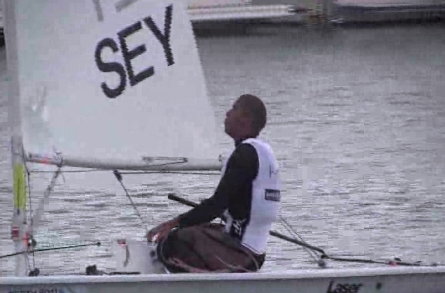 Sailors Rodney Govinden and Jean-Marc Gardette have become the first two athletes from Seychelles to qualify for next year's Olympic Games in Rio de Janeiro.

Both athletes secured their spots by virtue of their performances at this month's African Championship Olympic Qualifier in Algiers, with their achievements praised by the Seychelles Olympic and Commonwealth Games Association (SOCGA).

Govinden, who has benefited from receiving Olympic Solidarity funding this year, finished second overall in the laser category behind Tunisia's Youssef Akrout.

He continues a rich tradition from the Indian Ocean island country in the laser event, with compatriot Allan Julie having competed at Atlanta 1996, Sydney 2000, Athens 2004 and Beijing 2008 in the category and won a gold medal at the 2007 All-Africa Games in Algiers.

The 38-year-old was still hoping to compete at Rio 2016 and finished third - just one point behind Govinden - at the same qualifier, to agonisingly miss out.

He was beaten only by two Algerian sailors, Hamza Bouras and Zakaria Belaidouni.

SOCGA congratulated the Seychelles Yachting Association for this "wonderful achievement" in qualifying two sailors and wishes the athletes the best of luck with training until next summer's Games.

Seychelles, a member of the Association of National Olympic Committees of Africa, has never won an Olympic medal, but sent a six-strong squad to London 2012 competing in athletics, boxing, judo and swimming.

Although they drew a blank at Glasgow 2014, Seychelles have won six Commonwealth Games medals, three silver and three bronze, with the most recent one being a silver for under 69 kilogram weightlifter Janet Marie Georges at Delhi 2010.