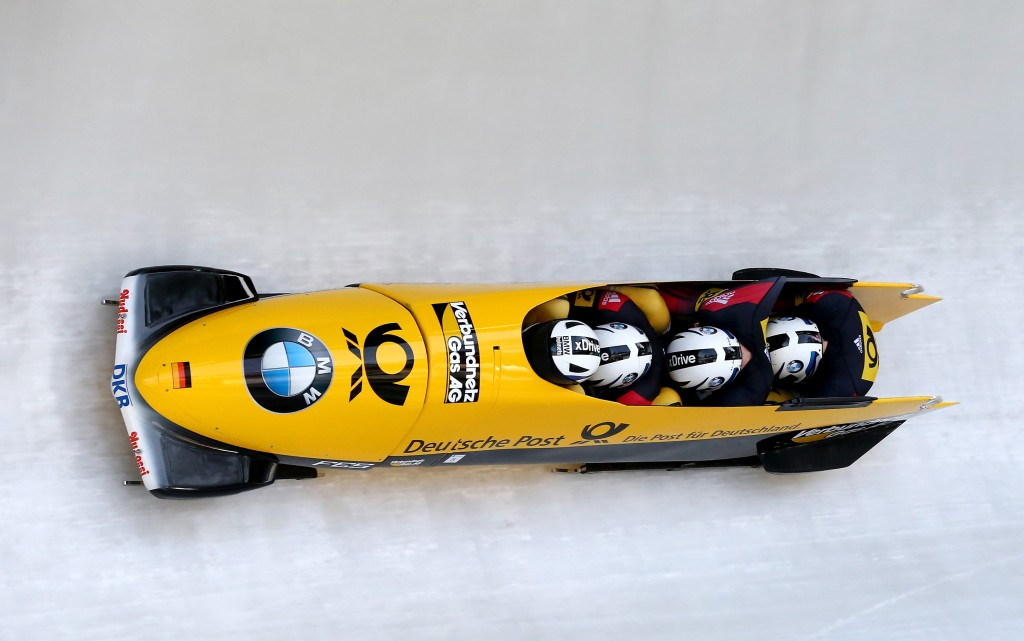 Germany claimed their third successive win in the four-man at the Bobsleigh World Cup but a different quartet topped the podium in Königssee.

The previous two legs of the season so far had been won by the Francesco Friedrich piloted team which also includes Martin Putze, Jannis Bäcker and Thorsten Margis, but they could only manage fourth on their home track today.

Instead the honours went to Nico Walther, who guided home Gregor Bermbach, Marko Hübenbecker and Eric Franke with a winning time of 1 min 37.57 sec.

The winners had previously claimed a silver and a bronze this season but shook off their bridesmaids tag by beating compatriots Maximilian Arndt, Kevin Korona, Kevin Kuske and Martin Putze into second, with the world champion's team finishing 0.18 adrift.

All of the podium places had been occupied by Germans this season but the Swiss crew of Rico Peter, Thomas Amrhein, Bror van der Zijde and Simon Friedli finally pushed another country into the top three as they came home 0.38 behind the winners.

Meanwhile, Britain's John Jackson guided his crew to a ninth place finish in his first race since the Sochi 2014 Olympics.

Friedrich, who claimed a third straight win in the two-man event yesterday, continues to lead the overall standings with 642 points, but Walther's team have cut the gap in second and now have a total of 635.

The International Bobsleigh and Skeleton Federation (IBSF) World Cup season will now leave Europe, with the next leg scheduled for Lake Placid in the United States between January 8 and 9.