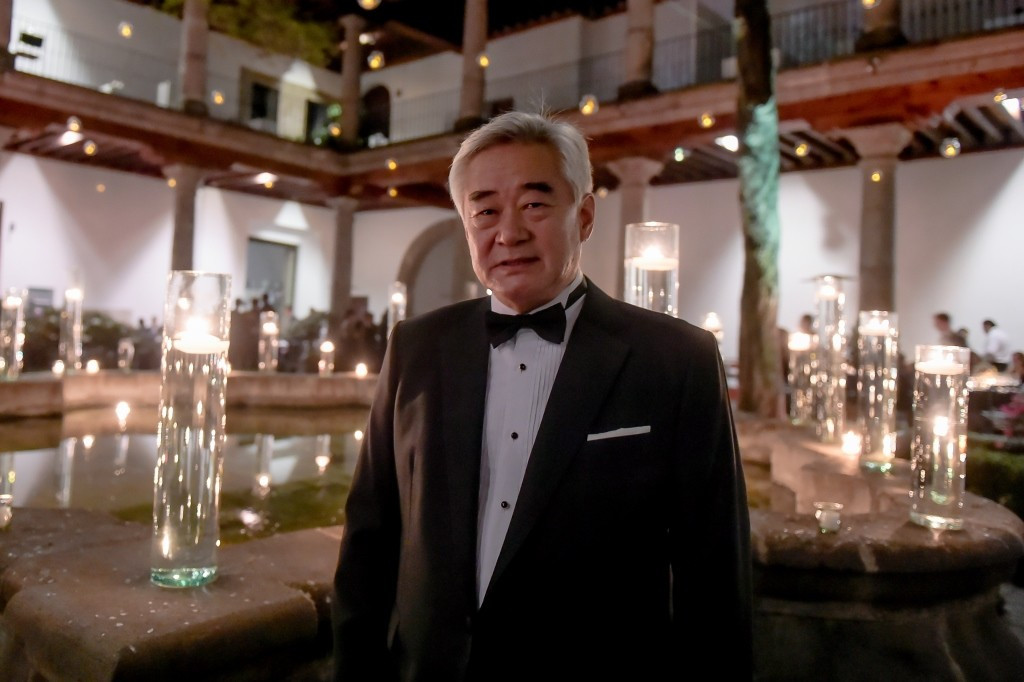 Poomsae, a discipline not currently on the Olympic programme, is a non-sparring event where individuals or teams perform a "sequence of movements arranged in a meaningful order in response to attacks from multiple imaginary assailants".

The sport was not among those provisionally proposed by San Diego organisers during their successful presentation at October's ANOC General Assembly in Washington D.C.

A meeting was held between World Taekwondo Federation (WTF) chief Choue and ANOC President Sheikh Ahmad Al-Fahad Al-Sabah during the meeting, however, and the South Korean is confident the discipline will be added.

The final sports programme is due to be confirmed early next year.

"Beach taekwondo will be an exciting event which will help showcase the sport to more people," Choue told insidethegames during the World Taekwondo World Cup Team Championships here.

"It will also be affordable and easy to organise as all you need to play is a beach."

An inaugural Beach Poomsae World Championships will take place in Bali, Indonesia, next June in an attempt to demonstrate how it can be performed on sand.

There is no need for protective clothing, due to the lack of sparring.

Choue even raised the possibility of skimpier costumes being worn by competitors in order to add to the spectacle.

Poomsae taekwondo is already set to be added to the programme for the 2019 Pan American Games in Lima, the Peruvian capital which is also due to host next year's World Poomsae Championships.

Lima 2019 chief José Quiñones told insidethegames in July how they were considering adding poomsae alongside sparring events, with Choue confirming that this has now been agreed.

Talks are also already underway with organisers of both the Asian Games and the European Games about integrating poomsae into those events.

This follows an Extraordinary Council Meeting here on Monday (December 7) in which Choue presented the WTF's new strategic roadmap to take the body forward.

Innovating WTF events is one of these five priorities.

The eyecatching tag-team format used at the World Cup Team Championships is also an idea which the governing body are very keen on, particularly because action tends to be more explosive and dynamic than in other formats.

A team medal event is set to be added to next year's European Championships in Montreux, Choue hopes, where squads will consist of three men and two women, although the two genders will not directly fight each other.