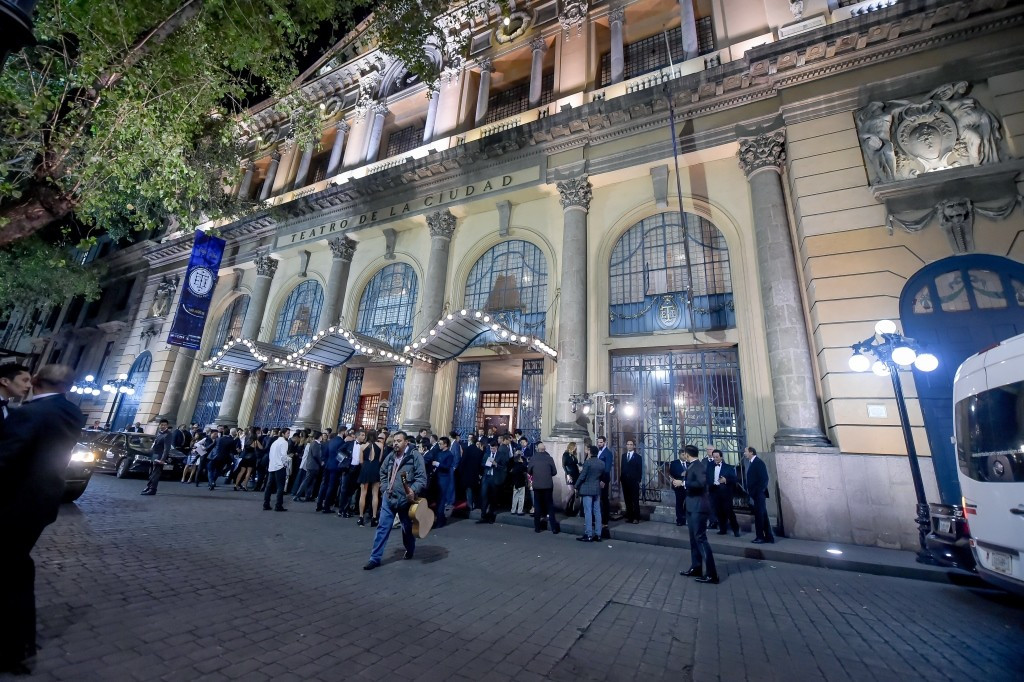 The event in the National Theatre was well attended and impressive visually, but was riddled with organisational problems, including unintentional pauses in action and confusion over the awarding of the Male Athlete of the Year prize.

A lack of detailed planning and rehearsals was to blame, WTF secretary general Hoss Rafaty suggested to insidethegames today.

Figures who have greater experience in event-management, as well as the sport itself, are required, he said.

One possible figure would be Britain's Andy Ashworth, the sport's stadium announcer at recent events, including the World Championships in Chelyabinsk in May, who Rafaty hopes will become known as the recognisable "voice of taekwondo".

Athletes should also play a far greater role in proceedings, claiming that a well known player such as Briton-turned Moldovan Aaron Cook could even be a potential master of ceremonies.

"Athletes must lead the organisation of the event, and be heavily involved in all aspects of planning as they are at other major sports awards," he added.

This would be a way of ensuring the event reflects what the athletes truly want, while also raising the profile of some of the stars of the sport, it is hoped.

Rafaty, the Dallas-based businessman appointed secretary general in May, was keen to make clear that this is just his personal suggestion, which has not yet been seriously discussed.

It is important not to shy away from the fact that there were problems during the event last night, he added, and that they must be "honest and open" in learning from them.

WTF President Chungwon Choue also told insidethegames how a greater role for athletes is something which could be considered, reiterating how the Gala Award was only held for the second time yesterday, so they are still learning.

Only preliminary contests took place today, with a delay in the results due to play being pushed back later than planned.

Russia, Azerbaijan and South Korea all went unbeaten on the men's side, with the Koreans winning their opening clash against Mexico by virtue of their opponents being disqualified when leading.

Mexico enjoyed greater success on the women's side, beating both Ivory Coast and Taiwan, while China were the only other unbeaten team with an impressive opening victory over South Korea followed by a further triumph over the US.

Action is due to conclude here on the final day of the WTF season tomorrow.