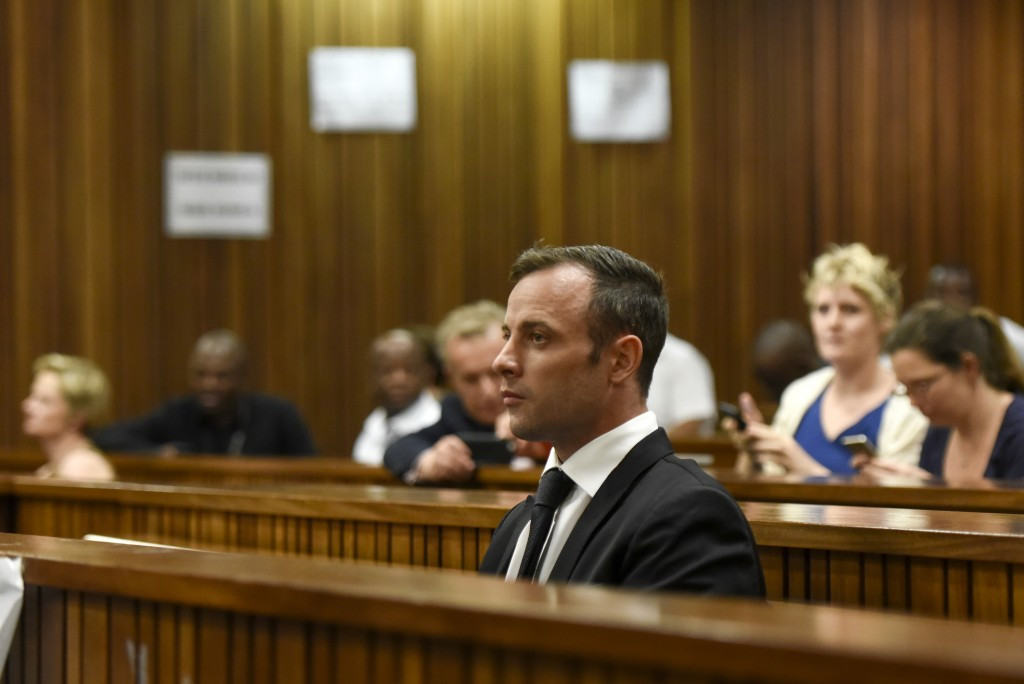 Pistorius will remain under house arrest until April 18 next year before he is sentenced after he shot girlfriend Reeva Steenkamp four times through a locked toilet door on February 14, 2013.

Under the conditions of his bail, he must hand over his passport, despite the Judge claiming he poses no flight risk, and will only be able to leave his uncle’s house in Pretoria between 7am and midday, providing he stays within a 20 kilometres radius.

The South African double amputee, who still insists he mistook Steenkamp for an intruder, will be electronically tagged.

The state had called for Pistorius to remain in the house for 24 hours a day but this was dismissed in court.

Pistorius was appearing in front of Ledwaba to see whether he would be forced to return to prison after his original culpable homicide verdict was upgraded to murder last week.

Justice Lorimer Leach said the South African athlete must have foreseen that firing into the toilet would have killed whoever was inside.

He also rejected the argument that Pistorius had acted in self-defence and compared his act to someone setting off a bomb in a public place without knowing who the victims might be.

The Supreme Court of Appeal ruled that in the original trial, Judge Thokozile Masipa did not correctly apply the concept of dolus eventualis - meaning the act was carried out knowing it would lead to death and the accused went ahead anyway - and that the verdict was "confusing and flawed".

The decision prompted Reeva’s father Barry to declare that he was “satisfied with everything now”.

The Steenkamp family had been appalled by the original culpable homicide verdict and had suported the prosecution’s attempts at overturning the verdict to murder.

If found guilty of intentionally killing Steenkamp, Pistorius faces a minimum of 15 years in jail.

Pistorius was released from prison and placed under house arrest on October 19 having been eligible under the South African law of "correctional supervision" despite only serving one year of his initial five-year sentence.