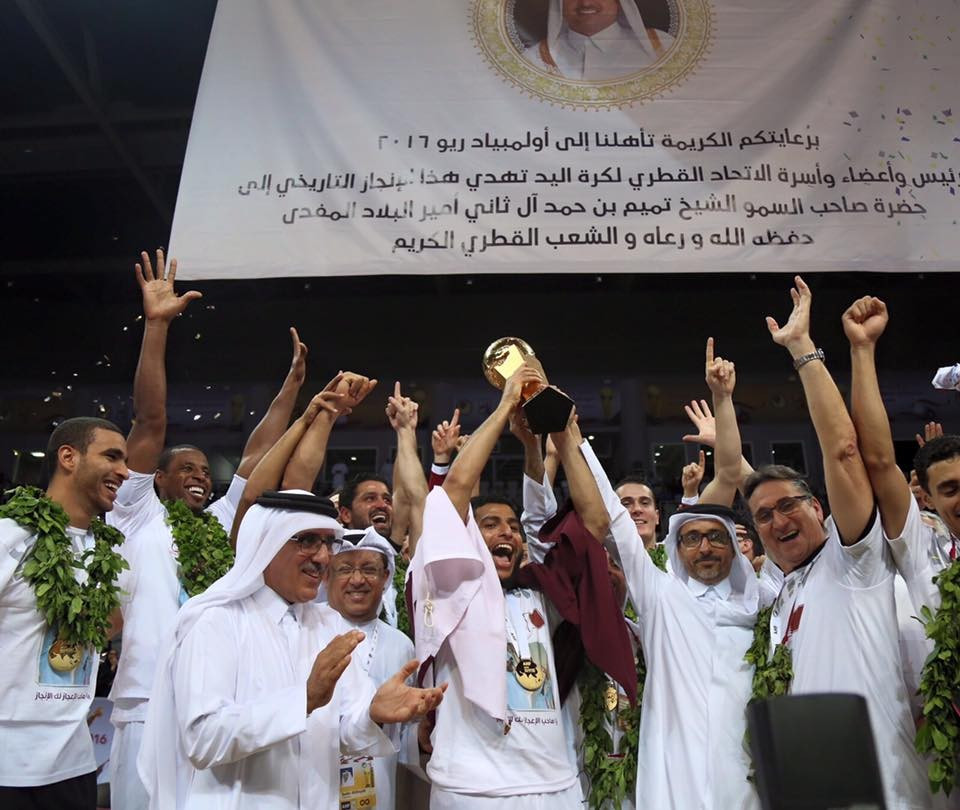 Qatar’s men’s handball team will compete at the Olympic Games for the first time in their history after they secured their Rio 2016 berth with a 28-19 victory over Iran at the Asian qualification tournament in Doha.

The Qataris were in impressive form in front of their home crowd as they recorded five consecutive wins against Iran, Japan, Saudi Arabia, Oman, and Uzbekistan at the group stage to set up a semi-final clash with South Korea.

In what proved to be a tight encounter, Qatar, runners-up in this World Championships in Doha following a narrow 25-22 defeat at the hands of France in the final, managed to sneak over the winning line with a 30-26 success.

Iran reached the final by virtue of a 35-30 triumph over Bahrain, who had won their four first phase matches against South Korea, Iraq, China, and Australia.

Qatar join Brazil, who qualified as hosts, Pan American Games gold medallists Argentina and world champions France on the list of sides who have guaranteed their participation at the Olympics.

The winners of the 2016 European Championship, due to take place in Poland in January, and the African Championship, hosted in Cairo, will also seal their place in the Olympic handball competition.

Both Iran and Bahrain still remain hopeful of sealing a spot at Rio 2016 as they will go up against 10 other teams from across the world in the final Olympic qualification tournament, due to be held from April 7 to 10.

Teams at the competition will be divided into three groups of four, with the top two in each group earning a place at the first-ever Olympics to be held in South America.

Handball events at Rio 2016 will be held at the Future Arena on the Olympic park and are scheduled to take place between August 6 and 21.