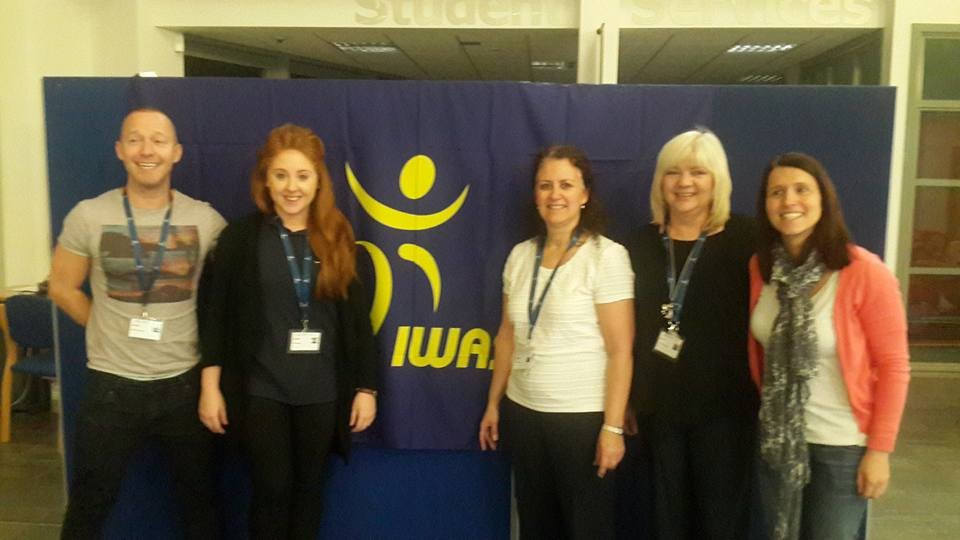 A wheelchair fencing demonstration and "have-a-go" session were held as part of the opening, aimed at involving the students studying at IWAS’s new premises.

Team GB wheelchair fencers Simon Wilson, who competed at London 2012, and Viv Mills were on hand to help introduce the sport to interested participants.

The organisation had been based at the Olympic Village in Guttmann Road, named after Ludwig Guttmann, the German-born British neurologist credited with the creation of the Paralympic Games.

The site is also the home to Stoke Mandeville Stadium and Wheelpower, the national organisation and charity for British wheelchair sport.

Charmaine Hooper, chief executive of IWAS, said now was the right time for a change, however.

"We’ve reached the stage where we’ve realised that we need to make people more aware of our brand and that we need to reacquaint the local community with who we are and what we do," she told insidethegames.

"So this is an excellent opportunity to do this because there is a big number of students.

"We can also use the students as volunteers.

"The reason why we’re doing all of this today is because it’s the International Day of Persons with Disabilities and the theme this year is 'inclusion matters' which is a similar good reason for us being included here at the College.

"It gives us another opportunity to almost bring our Federation out into the open and be included in what the students do in their studies as well as their daily lives."

The move to the new premises offers a large, modern office space with state of the art facilities which are more cost effective, claims Hooper, who believes lack of funding is still IWAS's biggest challenge.

"Equipment is getting more expensive," she added.

"The requirements for staying compliant with the international standards are becoming stricter and those sort of things mean that we need to allocate resources differently.

"Everybody is quite aware of all the issues going on around anti-doping so we're also WADA (World Anti-Doping Agency) compliant and we have to make sure that all our major events and our sport of wheelchair fencing comply to the WADA Code, and that's putting a lot of resources away from issues we previously could invest in, such as staffing."