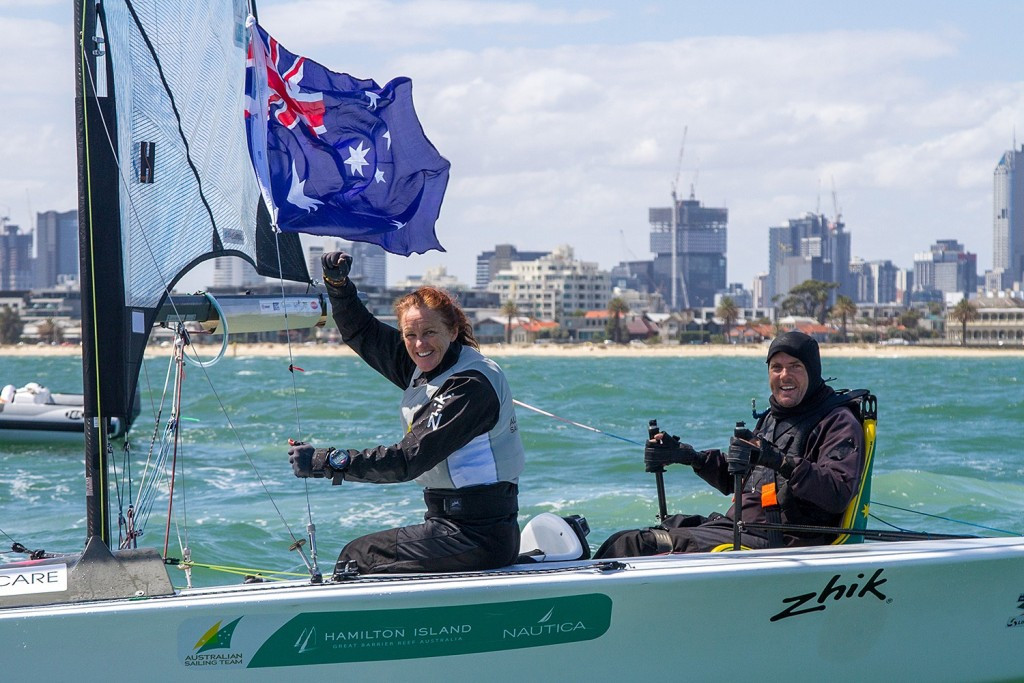 Home favourites Dan Fitzgibbon and Liesl Tesch successfully defended their SKUD18 title with a race to spare as the pairing clinched two wins on the penultimate day of the Para World Sailing Championships to build an unassailable lead in Melbourne.

Having ensured the British crew of Alexandra Rickham and Niki Birrell remained 11-points adrift in a closely fought battle yesterday, the duo sealed overall success by doubling up at the Royal Yacht Club of Victoria.

Fitzgibbon and Tesch found themselves pressured throughout the duration of the day’s two races, and triumphed in the opener by holding off the Dutch crew of Rolf Schrama and Sandra Nap.

The Australians then secured the overall victory with a day to spare after winning one of the closest fought races of the regatta, edging the Polish team of Monika Gibes and Piotr Cichocki by seven seconds in race two.

It meant the pair's score for the regatta moved to 11 after their worst result from the Championships, a third place, was discarded from their overall tally.

Rickham and Birrell are assured of the silver medal after moving onto 26 points after two third place finishes, with Italy’s Marco Gualandris and Marta Zanetti currently occupying third on 39 points ahead of tomorrow’s medal race.

Elsewhere, the challenging conditions, which have persisted for the last three days, caused the home favourites in the sonar class to lose their grip of top spot ahead of the final day of racing.

Colin Harrison, Russell Boaden and Jonathan Harris recorded their worst result of the week by finishing 13th in the opening race, while a 10th in the second also proved damaging to their hopes of finishing on top of the podium.

Britain’s John Robertson, Hannah Stodel and Steve Thomas took full advantage of their rival’s difficulties by placing second and third to move to the top of the standings on 31 points, with the Australians lying three points behind.

Damien Seguin had proved to be the dominant sailor in the 2.4mR fleet over the last two days of action and the Frenchman continued his excellent form to increase his overall advantage.

He battled to the front in the opening race to earn a hard fought victory, before delivering an impressive performance in the penultimate race of the regatta to secure his second win of the day.

Seguin now holds a 10-point lead over Germany's Heiko Kroeger heading into the medal race, while Matt Bugg could add to the hosts' medal count as the Australian lies third on 40 points.