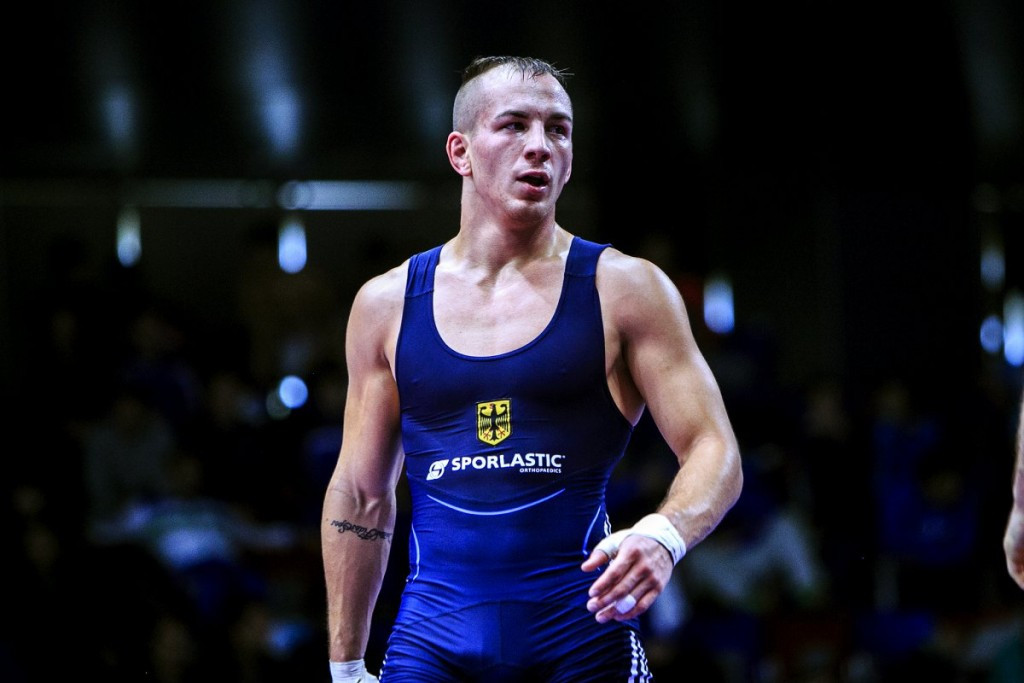 World champion Frank Staebler made amends for a disappointing defeat on his last appearence in Baku by winning gold on a day of Greco Roman competitions at the United World Wrestling (UWW) Golden Grand Prix Final in the Azerbaijani capital.

The German under 71 kilograms grappler was forced to settle for a bronze medal at the European Games in June, losing to Hungary's eventual silver medallist Balint Korpasi before enjoying a superb second half of the season, crowned by the World Championship title in Las Vegas in September.

He beat Korpasi in the semi-finals this time around before overcoming home hope Eustam Aliev 4-0 in the gold medal bout.

“The bronze medal at the European Games was special since it was the first medal won by a German wrestler at the Games,” he claimed.

“But, I also got the chance to wrestle Korpasi again.

“It was nice to beat him [this time] because he is just a wrestling machine.

“Really, it has been a great year for me overall - a golden year.”

There was a different outcome for Ukraine's world champion Zhan Belenyuk in the under 85kg final when he was beaten 9-0 by dominant Russian David Chakvetadze.

Gadabadze forced a second passivity call on Mahdi Aliyari Feyzabadi of Iran in the second period of their under 98kg final while Shariati got the better of Kazakhstan's Asian champion Nurmakhan Tinaliev in the heaviest under 130kg event.

Wrestlers from seven different countries won titles on the final evening of the three-day final.

South Korea's former world and Olympic champion Kim Hyeon-Woo made amends for a his lack of a medal in Las Vegas, beating another Iranian in Payam Bouyeri Payani to the under 75kg title.

On a day in which they suffered two final defeats, Iran did enjoy some gold medal success when Mehdi Zeidvand triumphed in the under 66kg division, beating Azerbaijani opponent Kamran Mammadov in the final, 2-0.