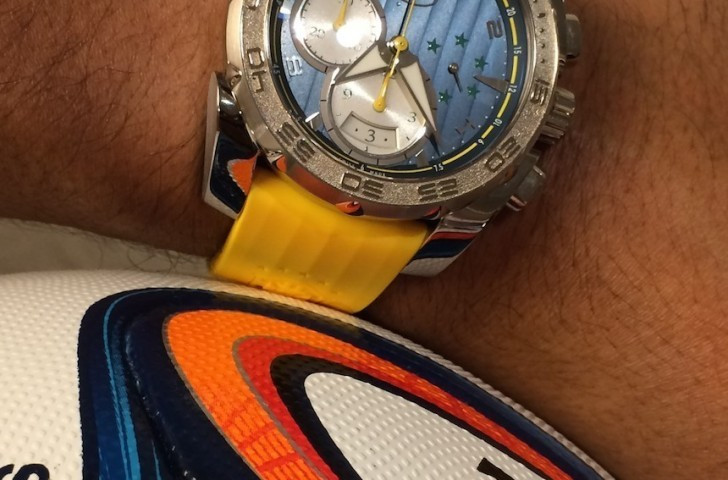 FIFA’s Ethics Committee has announced it has donated 48 watches, which had previously been given as gifts to football officials by the Brazilian Football Association (CBF), to charity streetfootballworld.

Members of FIFA’s Executive Committee and representatives of football associations were offered the gifts at the governing’s body’s Congress, which was held in São Paulo ahead of the tournament in June 2014, with a total of 65 said to have been distributed.

The Ethics Committee launched an investigation in September 2014 after "several football officials" had reportedly returned their watches and notified them of the gifts.

With the governing body’s rules prohibiting gifts of more than "symbolic or trivial value", the Ethics Committee called for the watches to be returned by October 24 or officials would face disciplinary proceedings, due to a breach of conduct.

English Football Association (FA) chairman Greg Dyke was one of several top officials to be given the luxury watch and had initially refused to return it, claiming he was to auction it for British-based cancer charity Breast Cancer Care.

Proceedings against Dyke were dropped in April after six months of legal talks, and the 67-year-old returned the watch.

Other leading football officials such as UEFA President Michel Platini, who is currently serving a 90-day suspension while a probe into a CHF 2 million (£1.3 million/$2.1 million/€1.8 million) payment made by FIFA President Sepp Blatter to the Frenchman is investigated, had indicated they would not give back the gift.

Despite only 48 watches having been returned, the investigatory chamber of the Ethics Committee, led by its chairman Dr Cornel Borbély, has announced that they consider “the matter to be closed”.

“After having investigated the matter thoroughly, the investigatory chamber of the Ethics Committee found evidence that from the initially intended 65 watches offered by the CBF to football officials, several officials had, in fact, not received a watch,” an Ethics Committee statement read.

“Following said investigations and after contacting all potential recipients, 48 watches were returned to the investigatory chamber of the Ethics Committee.”

All of the returned watches are now set to be donated to international non-profit organisation streetfootballworld, with FIFA claiming the sale of the watches will be directly invested into the charity’s initiatives across Brazil, which uses football to drive social change.

The governing body had previously stated if any of the watches had been auctioned, proceeds would have to be given to charities in Brazil.