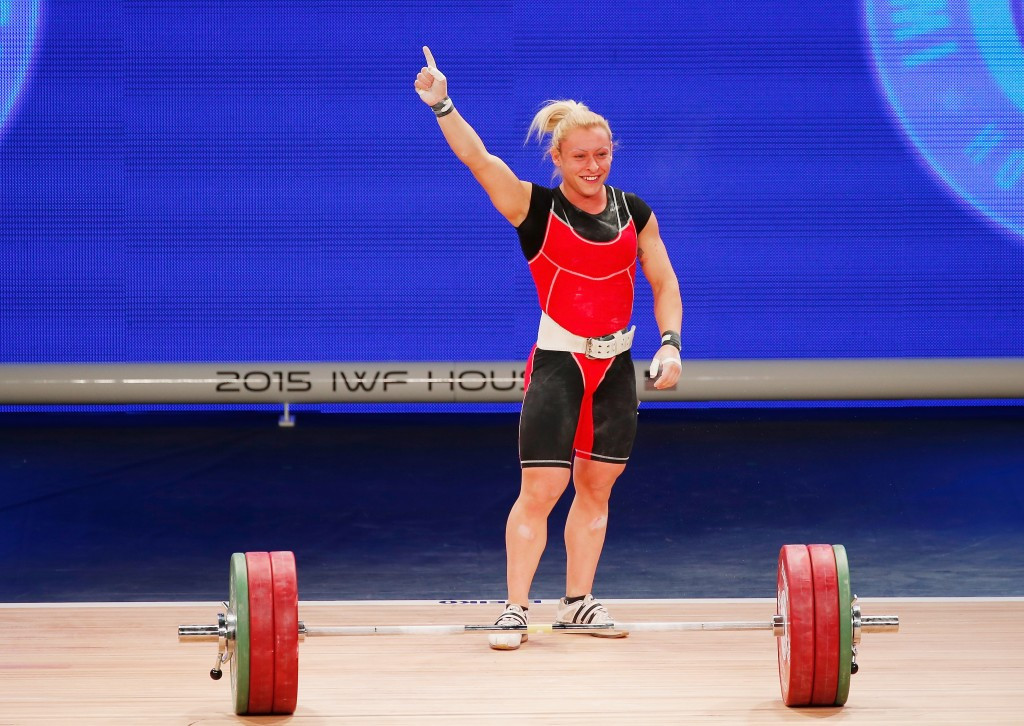 The reigning European champion managed a final lift of 112kg in the snatch to go one better than the record mark set by China’s Yanqing Chen at the 2006 Asian Games in Doha.

Kostova then went on to post a winning lift of 140kg in the clean and jerk, giving her an overall total of 252kg that bettered the 251kg collated by Chen in Qatar’s capital nearly nine years ago.

Second in the overall standings with a total of 245kg was defending champion Mengrong Deng of China, who also had to settle for silver in the snatch and clean and jerk with lifts of 108kg and 137kg respectively.

Chinese Taipei’s Hsing-Chun Kuo finished third overall with a total of 237kg and despite taking bronze in the clean and jerk with a lift of 133kg, it was Thailand’s Sukanya Srisurat who rounded off the snatch podium with a lift of 106kg.

As a result of her success, Bulgarian-born Kostova became Azerbaijan’s first-ever medal winner in women’s weightlifting at a World Championships.

Meanwhile in the men’s 69kg, China’s Zhiyong Shi totalled 348kg to take the overall crown having come out on top in the clean and jerk with a lift of 190kg.

Shi found himself two kilograms off the pace after the snatch, finishing behind both Turkey’s Daniyar Ismayilov and Russia’s Oleg Chen who were deemed gold and silver medallists respectively by virtue of a body weight tiebreaker.

But with Chen and Ismayilov posting just 184kg and 183kg in the clean and jerk, Shi’s winning lift was more than enough to bridge the gap.

Firidun Guliyev’s 188kg lift saw the Azerbaijani take silver in the clean and jerk ahead of North Korea’s Myong Hyok Kim on 187kg, while Chen and Ismayilov’s totals of 344kg and 343kg earned them a place on the overall podium.

Shi become the second lifter named Zhiyong Shi to win a medal in the men’s 69kg weight category, following in the footsteps of the Athens 2004 Olympic champion who won overall gold at the 2005 World Championships in Doha.

"I didn’t know anything about the previous one but when I grew up and became a weightlifter, I came to know his history which put quite a lot of pressure on me," said Shi after his victory.

Earlier in the day, the men's 77kg D class and women's 58kg B class took centre stage and were won by Indonesia's Triyatno and Chinese Taipei's Nien-Hsin Chiang with totals of 321kg and 211kg respectively.

Following the A class action, the men's 77kg C and B classes were also held as South Korea's Woo Jae Kim topped the former with a total of 336kg, and Azerbaijan's Elkhan Aligulizada headed the latter after amassing 357kg.