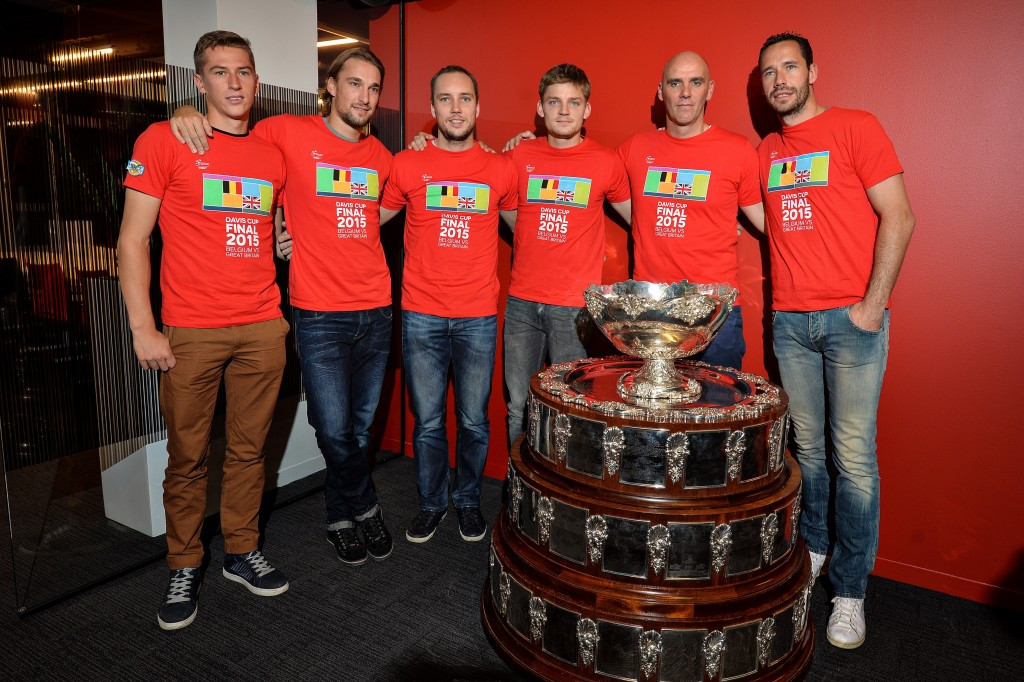 Gijs Kooken, chief executive of the Royal Belgian Tennis Federation (RBTF), has claimed he would be "surprised" if the Davis Cup final in Belgium is postponed due to the country's increased terror alert.

Great Britain are due to face the hosts at Ghent's Flanders Expo from Friday but the showpiece occasion of men's team tennis has been placed into doubt by increased security concerns in the country.

Capital Brussels remains under lockdown in the wake of the Paris terror attacks, with fears that similar style atrocities to the ones in France may be planned.

At least 130 people died in Paris after a series of shootings and bombings and Salah Abdeslam, a key suspect, is still at large and is thought to be in the country.

Police have carried out raids at several locations and universities, schools and the metro in Brussels, which is 56 kilometres from Ghent, will be shut today.

The British team, who were due to depart for Belgium yesterday, delayed their journey until today but Kooken and the RBTF, who are organising the event, are confident the final will go ahead as planned.

"Everything is continuing because we believe it will go on," he said to BBC Sport.

"It is an event with international exposure, with 13,000 spectators a day, so it is a risk event, of course, in the current situation - but I'm very confident in our Government.

"Of course, you never can predict what will happen next, but I would be surprised if it was cancelled.

"I'm quite confident that we will play next weekend."

International Tennis Federation (ITF) President David Haggerty admitted that there were "great concerns" about the raised terror alert last week, while the Belgian football team saw their match with Spain cancelled in Brussels on Tuesday (November 17).

An ITF statement said today: "The ITF and Royal Belgian Tennis Federation, in consultation with the relevant officials and our risk assessment and security advisers, are closely monitoring the situation in Belgium and specifically in Ghent.

"As of today there are no changes to the previously published start times for the Davis Cup by BNP Paribas Final between Belgium and Great Britain."

Britain's Lawn Tennis Association said that safety for players and fans remained their "number one priority" and a number of additional security measures will be in place at the final.

Entry into the event will take longer than usual and fans will not be allowed to take in bags.

The final, which will be played on clay, is due to begin with two singles matches on Friday (November 27), followed by a doubles encounter on Saturday (November 28) and the remaining singles on Sunday (November 29).

British captain Leon Smith's team will be led by twice Grand Slam and Olympic champion Andy Murray, with his brother Jamie named in the squad alongside Kyle Edmund, Dominic Inglot and James Ward.

They have never triumphed in the competition, while the British have not won it since 1936.

The Six Days of Ghent track cycling event finished in the  city without incident yesterday.