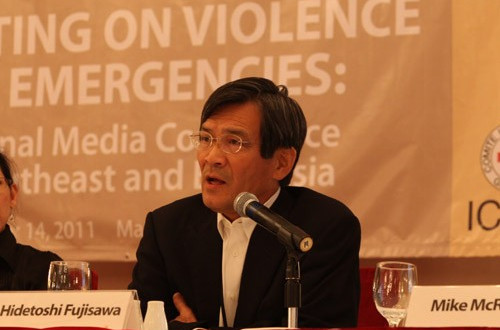 More than 50,000 people have already downloaded the application form to submit a Tokyo 2020 logo design ahead of the process officially opening on Tuesday (November 24), insidethegames has been told.

Organisers were forced to scrap their initial logo in September due to plagiarism concerns, and are now using the revived process as an opportunity to boost interest and public participation in the Olympic and Paralympic Games.

The initial process was restricted to specific experts, but all Japanese-based adults are being urged to submit applications "regardless of previous experience or formal qualifications".

Any Japanese nationals over the age of 18 or overage foreigners with residency in the 2020 host country can apply, while children and foreigners not resident in Japan can also take part via the group entries system, as long as at least one person meets the age, nationality and residential requirements.

Choosing an emblem in as "fair and transparent" a way as possible is a current priority for organisers, according to Tokyo 2020 executive director of communications and engagement Hidetoshi Fujisawa.

"It is a way to raise popularity among the public," he told insidethegames here.

"Engaging the population is a big priority for us."

The original attempt by Japanese designer Kenjiro Sano was abandoned following complaints by Belgian designer Olivier Debie, who claimed it resembled the Théâtre de Liège logo, which he came up with, too closely.

The Théâtre de Liège dropped a lawsuit against the International Olympic Committee (IOC) but Debie is pressing ahead with his case after filing a lawsuit in a Belgian court in August.

He launched his case in conjunction with the theatre, the copyright holder of the logo, demanding €50,000 (£36,000/$56,000) to be paid by the IOC and other organisations each time the now scrapped emblem is used.

The form to submit the replacement design can be downloaded here.

Applications are due to open at 12pm local time on Tuesday (November 24) and will close a fortnight later on December 7, with a final choice set to be made next spring.

Whoever submits the winning entry will also receive an official invitation to attend the Opening Ceremonies of both the Olympic and Paralympic Games in five years time.