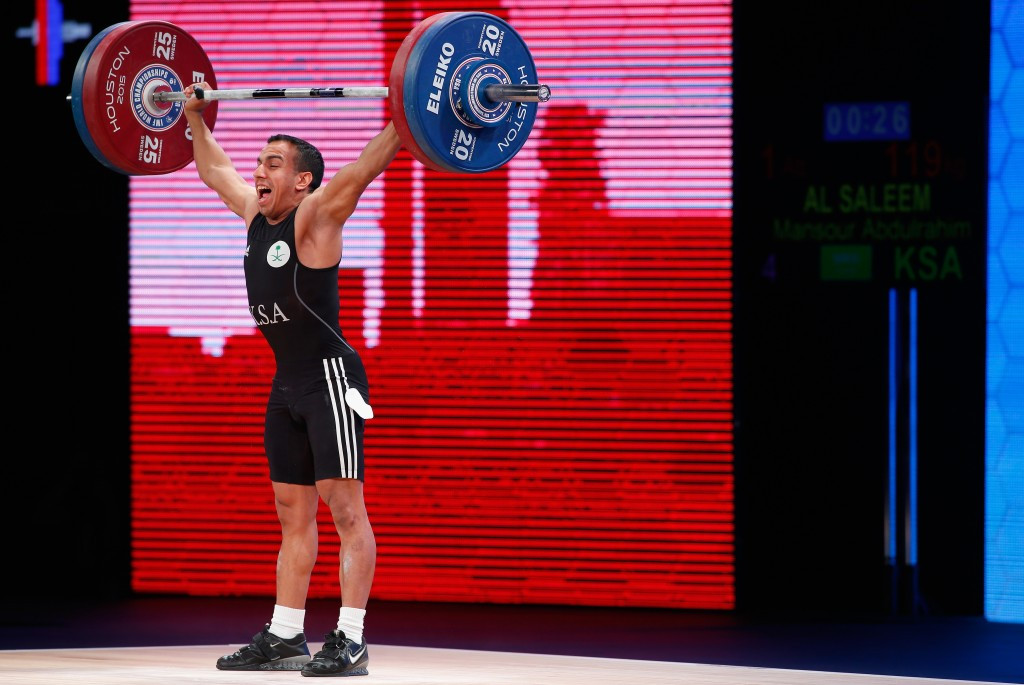 Al Saleem lifted 123kg to hold the lead after the snatch and, despite finishing sixth in the clean and jerk with 144kg, his overall total of 267kg bettered that of all his competitors ahead of tomorrow’s Group A.

Meanwhile in the women’s 48kg Group B, South Korea’s Jyoung Hwa Im headed the charts with a total of 188kg.

Like Al Saleem, Im led the way after the snatch with 85kg before adding 103kg from the clean and jerk.

Indonesia's Sri Wahyuni Agustiani ranked first in the clean and jerk but had to settle for third overall with 182kg, one behind the runner-up Chanu Saikhom Mirabai of India.

As for the men’s 62kg Group D, Chinese Taipei’s Chan-Hung Kao ranked first with a total of 276kg ahead of Kyrgyzstan’s Syrgak Abdyramanov on 265kg and Uganda’s Charles Ssekyaaya on 263kg.