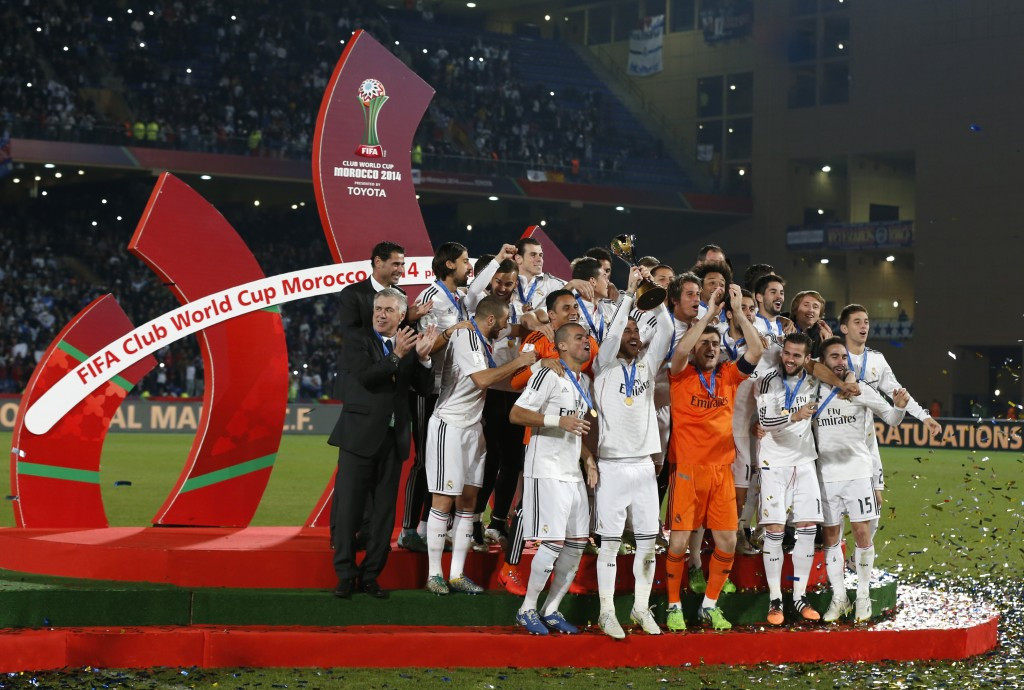 FIFA is to trial the ADAMS database management system during the Club World Cup in Japan in December, in a move likely to be welcomed by the World Anti-Doping Agency (WADA) as it battles through a challenging period.

ADAMS is the main book-keeping/information-sharing tool of the doping control movement, a secure web-based clearing house where data on testing results, therapeutic use exemptions (TUEs) and anti-doping rule violations is collected and stored.

But it is dependent on meticulous record-keeping and universal coverage if it is ever to aspire to providing a comprehensive picture.

A specific finding in the recent Independent Commission report into allegations of widespread doping in Russia was that WADA’s coordination of the fight against doping in sport could be “made easier if the use of ADAMS was compulsory”.

According to the report, “much, but not all, of the information necessary for complete compliance has been entered in ADAMS and WADA has encouraged, but has not forced, all signatories and those required to provide whereabouts information to use the system”.

So, the system’s adoption by the wealthiest and most powerful International Sports Federation is a distinct step forward.

The move by FIFA has been anticipated for some time.

Last year, at a WADA Foundation Board meeting in Paris, Jiri Dvorak, FIFA’s chief medical officer, divulged that the world governing body had “come to the conclusion that ADAMS was the way forward”.

At that time, he said FIFA was “trying to clarify all the legal issues”, but this week he told me “all hurdles have been solved”.

The move is seen as particularly timely due to FIFA’s adoption of the athlete biological passport, commencing in the run-up to the 2014 World Cup.

Dvorak reported to WADA that, up to last November, “all blood and steroid profiles had been normal”, and that all players “without exception”, including big names such as Cristiano Ronaldo, Neymar and Lionel Messi, had been supportive.

Asked about its use of SIMON and ADAMS, the United States Anti-Doping Agency (USADA) replied with the following statement.

“WADA, in addition to other NADOs, has access to all of USADA’s information and data through a secure online clearinghouse.

“In addition, during the Olympic Games, the International Olympic Committee and the organisation responsible for testing during the Games has access to real time information about athletes and their whereabouts.

“USADA, in partnership with a number of other NADOs, does currently use a tool called SIMON for our daily anti-doping operations management.

“However ADAMS also serves an important function which links anti-doping organisations and WADA.

“USADA uses ADAMS to input TUEs, monitor testing plans of international federations on US athletes to ensure that testing is coordinated and all lab results, including negative and adverse analytical findings, are reported directly to WADA in ADAMS from the WADA-accredited laboratories.

“WADA is currently conducting an overhaul of the ADAMS system.

“We have developed sharing technology that will allow SIMON to interface directly with ADAMS, as the 2015 World Anti-Doping Code allows approved systems other than ADAMS, and are waiting for the new version of ADAMS to be finalised by WADA in 2016 so it can be fully implemented.”

I am informed that the updated ADAMS - which will be more user-friendly and will include a platform for data collection relating to the sort of intelligence information that is becoming a bigger and bigger feature of the fight against doping - is expected to be introduced post-Rio 2016.

I was also told by one doping control insider that, while interconnectivity between systems would be possible, this was likely to cost around $1 million (£653,000/€934,000).