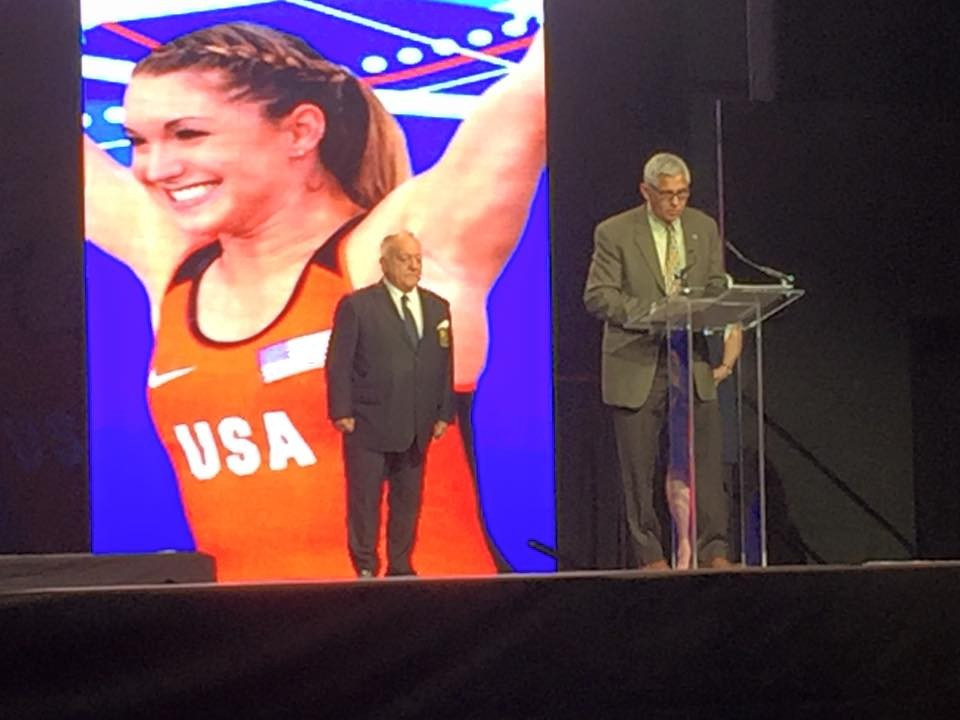 The Hungarian welcomed the 609 athletes due to compete at the event, the first edition of the World Championships to be held in the United States for 40 years.

Prior to his declaration, the 98 countries that will be represented at weightlifting's flagship event were paraded on the stage alphabetically with young children carrying miniature flags in each hand.

Following the introduction of the host nation at the end of the parade, Ms Texas United States Sarah Blanton gave her rendition of the patriotic song, "American the Beautiful", while Houston Mayor Annise Parker wished the athletes luck via video message.

American weightlifter Mattie Rogers, who competes in the women’s 63 kilogram class, then proceeded to read out the athletes’ oath after Aján's declaration.

"We shall take part in the World Championships, respecting and abiding by the rules of the IWF, committing ourselves to sport without doping and drugs in the true spirit of sportsmanship, fair play and respect," she read.

"For the glory of our country, for the honour of our teams, and giving the best of our abilities."

Entertainment included a performance of Mystére by Cirque Du Soleil and music from a Houston Symphony cellist, which accompanied a video showcasing weightlifting’s history.

Rounding off proceedings was an appearance from Houston Rockets legend and basketball Hall of Famer, Dikembe Mutombo.

Widely known as the second most prolific shot blocker in NBA history, Mutombo is also recognised for his humanitarian work with the Dikembe Mutombo Foundation, which provides health and education services to the people of the Democratic Republic of Congo.

The Championships are due to last for nine days, concluding on November 28.