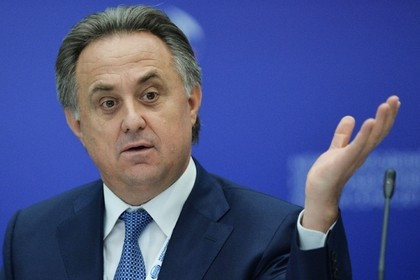 Russian Sports Minister Vitaly Mutko told the nation's Parliament today that the International Association of Athletics Federations (IAAF) banned the country under public pressure but predicted the suspension would be lifted within three months.

He also again criticised the methods used by the German broadcaster ARD to obtain the evidence that led to the World Anti-Doping Agency (WADA) commissioning the Independent Commission report and the ban from the IAAF.

"The decision to suspend our [athletics] Federation was made under pressure," Mutko told the Duma, according to Russian news agency TASS.

Mutko, whose public statements have swung wildly between criticising the IAAF and promising to help clean-up the situation, added to the Duma that he expected the ban to be lifted "in two or three months".

He also again claimed that the information obtained by ARD for their documentary - Top-secret Doping: How Russia makes its Winners - broadcast last December.

"Many nuances and a lot of information had been collected on the basis of hidden cameras, recordings, with the use of wiretapping," Mutko told the Duma, reported the R-Sport news agency.

"In other words, not according to our laws."

Russia could face further punishment later today when the WADA Foundation Board, the organisation's supreme decision-making body, meets to discuss the Independent Commission.

Mutko, though, reassured members of the Duma that the current scandal would not affect Russia hosting the 2018 FIFA World Cup.

There have been several reports that Russia used illegal methods to beat bids from Belgium and The Netherlands, England and Portugal and Spain, although no firm evidence has ever been produced.

"There are no grounds to consider this attempt or postponement," he said.

"When Russia won the bid in 2010, everything was well.

"And then scandals and bribery accusations followed."