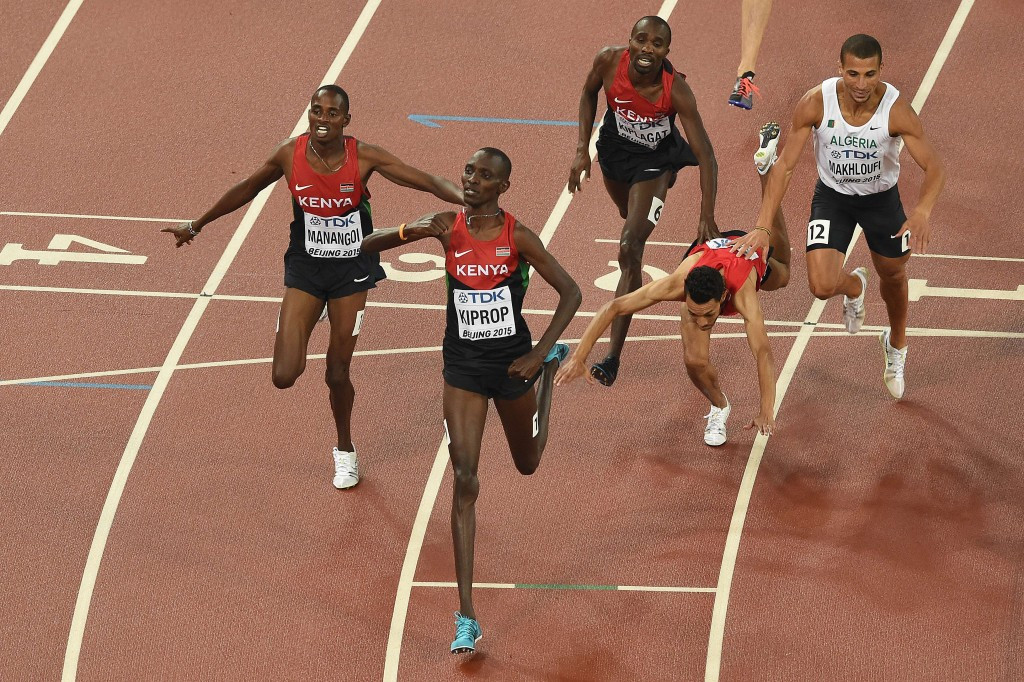 World Anti-Doping Agency (WADA) Independent Commission chair Richard Pound has claimed it is "pretty clear" there is a lot of performance enhancing drug use in Kenya, suggesting it should be a "major concern" for the authorities as they aim to clean up problems within athletics.

This comes a week after Pound's Commission produced a 323-page report confirming allegations of systemic doping within Russian athletics, with the All-Russian Athletics Federation (ARAF) having since been suspended by the International Association of Athletics Federations (IAAF) until improvements are made.

While the report was strongly focused on Russia, Pound has speculated how Kenya and many other nations also have deep-rooted problems.

"It's pretty clear they have enjoyed huge success in the endurance events," the Canadian told BBC Radio Four's Today Programme.

"It’s also pretty clear there is a lot of performance enhancing drugs being used in Kenya.

"That should be a matter of concern for athletics.

Fifteen Kenyans are currently banned for doping by the IAAF, including three-time Boston and two-time Chicago Marathon winner Rita Jeptoo, who failed an out of competition test for erythropoietin (EPO) in September 2014.

While the report found Russia's doping programme to be state-sponsored and assisted by the FSB secret police, foreign coaches and agents have been blamed for Kenya's problems.

This follows a warning from National Olympic Committee of Kenya chairman and Mexico City 1968 and Munich 1972 Olympic champion Kipchoge Keino that WADA was “seriously considering” a recommendation that Kenya should be banned from athletics for four years.

Pound, also a longstanding member of the International Olympic Committee and the founding WADA President, speculated how there is barely a single sport or country with no doping problem.

He said the way forward is "a matter of being alert to the risks, and taking any step you can to mitigate those risks".

But he is confident changes can be made in Russia, so long as there is a genuine desire for reform.

"I don’t think you can change the culture, but you can certainly change the conduct pretty quickly if you want to."

He also defended IAAF President Sebastian Coe, the Briton who is accused of being "asleep on the job" when serving as vice-president for the last eight years under Lamine Diack, the Senegalese official who is now under investigation by French police amid allegations he accepted bribes to cover up doping.

"I think he is [the right man]," claimed Pound.

"His ascension to the presidency gives the IAAF the unique opportunity that it has not had for many years to really tackle some of these issues.

"Don’t forget that for a good part of the time he was vice-president his every waking moment – and I’m sure many of his sleeping moments - were focused on getting the London Olympics delivered and properly wound out.”

Pound's words come ahead of today's WADA Executive Board meeting in Colorado Springs, which will be followed by a Foundation Board meeting there tomorrow.