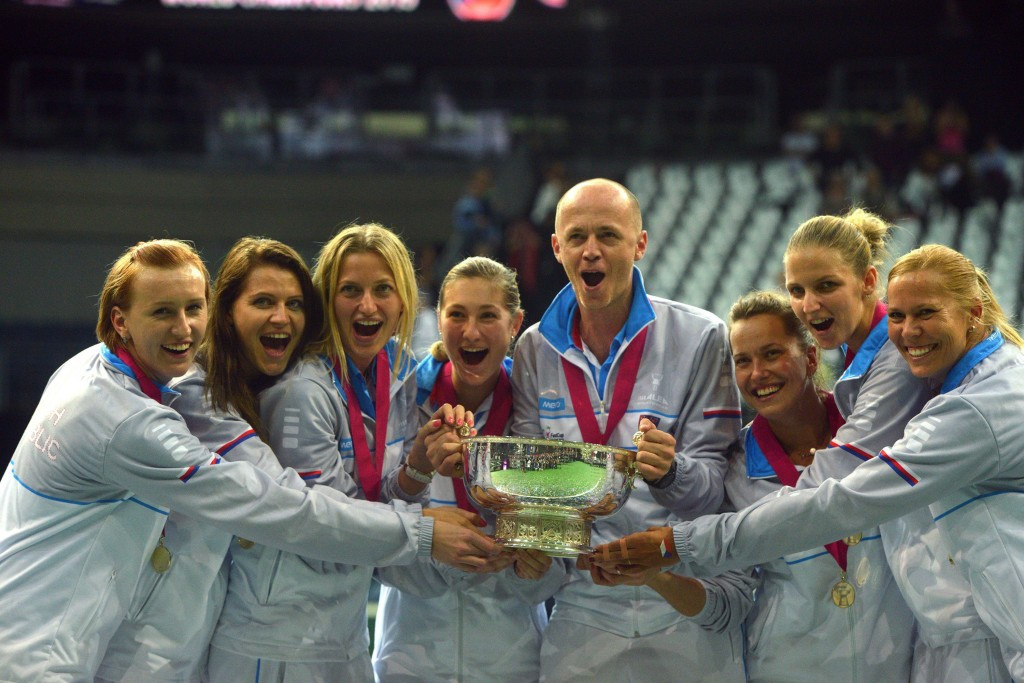 The Czech Republic successfully defended their Fed Cup title after winning the decisive doubles rubber to come from behind to beat Russia 3-2 in front of their home crowd at the O2 Arena in Prague.

With the tie level at 1-1 after yesterday’s opening singles match the clash between both teams’ top ranked players was eagerly anticipated, especially as Russia’s Maria Sharapova was aiming to claim revenge for her semi-final defeat to Petra Kvitova at the Women’s Tennis Association Finals last month.

On that occasion the Czech had triumphed in straight sets and a repeat appeared to be on the cards in the early stages of the match as Kvitova broke in Sharapova’s first service game to gain an immediate advantage.

Several comfortable holds from Kvitova saw her edge closer to claiming the set and Sharapova’s serve faltered once more with her opponent breaking to love to claim the opener 6-3.

The world number four struck back in the second, however, as after the pair traded breaks of serve, Sharapova took advantage of two double faults from her rival before delivering a powerful winner to regain an advantage and eventually win the set 6-4.

The momentum of the match had strongly swung into the Russians favour and the five-time Grand Slam champion began to dictate the rallies to secure a double break of Kvitova’s serve in the decider on route to completing a comeback 3-6, 6-4, 6-2 victory.

It left the Czech Republic’s hopes of securing their fourth Fed Cup title in five editions in the balance, but Karolína Plíšková lifted the crowd, claiming a crucial break of serve in the closing stages of the first set of her match against Anastasia Pavlyuchenkova.

After taking the opener 6-3, 23-year-old Plíšková bounced back from an early loss of serve in the second set and broke her opponent once again, courtesy of an outstanding forehand return winner, to win the match 6-3, 6-4 and level the final at 2-2.

Plíšková and Pavlyuchenkova renewed their rivalry in the decisive doubles match with the Russian pairing coming from 2-0 behind to secure the first set 6-4, with doubles expert Elena Vesnina proving key to their early success.

Pliskova and her team-mate Barbora Strýcová brought the Czech Republic back from the brink of defeat by breaking in Russia’s first service game before consolidating their lead by successfully holding serve to ensure the Fed Cup would be decided by a third set.

Having fought back into the contest and buoyed by the home crowd’s support, Pliskova and Strýcová raced into a 4-2 advantage and a second break of serve saw them wrap up a thrilling 4-6, 6-3, 6-2 victory to give the Czech Republic a 3-2 win overall.