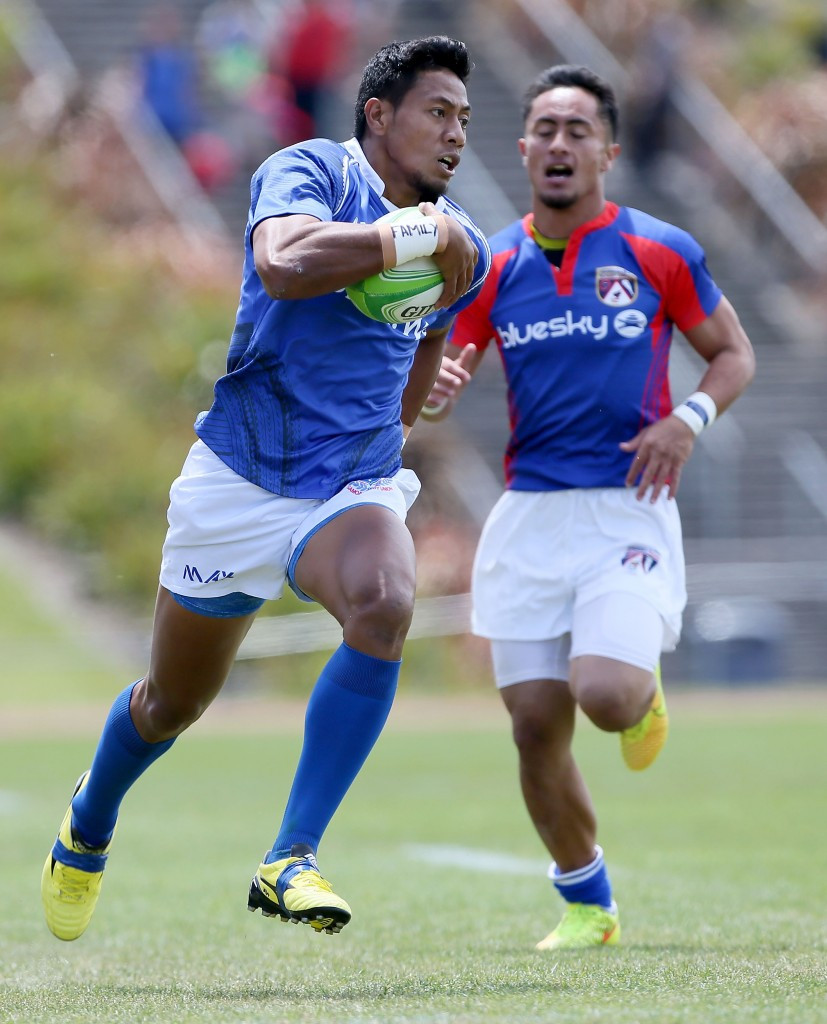 Australia and Samoa went through day one of the Oceania Rugby Sevens Championship and Olympic qualifier undefeated today with both countries battling for the sole place on offer at Rio 2016.

The Australians finished top of Pool A in Auckland after three predictably easy successes and the concession of just seven points across their trio of matches.

They began by seeing off Nauru 62-0 before demolishing the Cook Islands 42-7 in their second match.

The pool was rounded off with a 49-0 thrashing of Tonga, who finished second in the standings ahead of the Cook Islands and Nauru.

Samoa, meanwhile, were also in cruise control as they began their Pool B campaign by easing past the Solomon Islands 48-0.

They then thrashed American Samoa 50-0 before finishing with a 41-7 success over Papua New Guinea.

All eight teams qualified for the quarter-finals regardless of their pool stage performance, with Australia now set for a last eight clash tomorrow with Pool B's bottom side American Samoa.

Samoa will meet Nauru, with the two dominant sides seemingly on an inevitable collision course to the final where they will meet to decide who wins a ticket for Rio 2016.

The other quarter-finals will see Tonga play the Solomon Islands and Papua New Guinea meet the Cook Islands.

New Zealand, who are hosting the tournament, have already qualified for Rio 2016 due to their performance at the 2014-2015 World Sevens Series along with another Oceania side in Fiji.

The second and third-placed sides in Auckland will have a second chance to advance to the Olympics in June at a final qualification tournament.

"Day two is when it really counts and we want to be peaking at the right time.”

Elsewhere, the African qualifying tournament is also being held this week in the South African city Johannesburg.

The winners will again advance to Rio 2016, with three countries also dropping into the repechage event.

Kenya are due to meet Madagascar in the quarter-finals tomorrow, with Uganda playing Tunisia, Namibia taking on Morocco and Zimbabwe clashing with Nigeria.

South Africa have already advanced through the World Series as the sport prepares to make its Olympic debut.