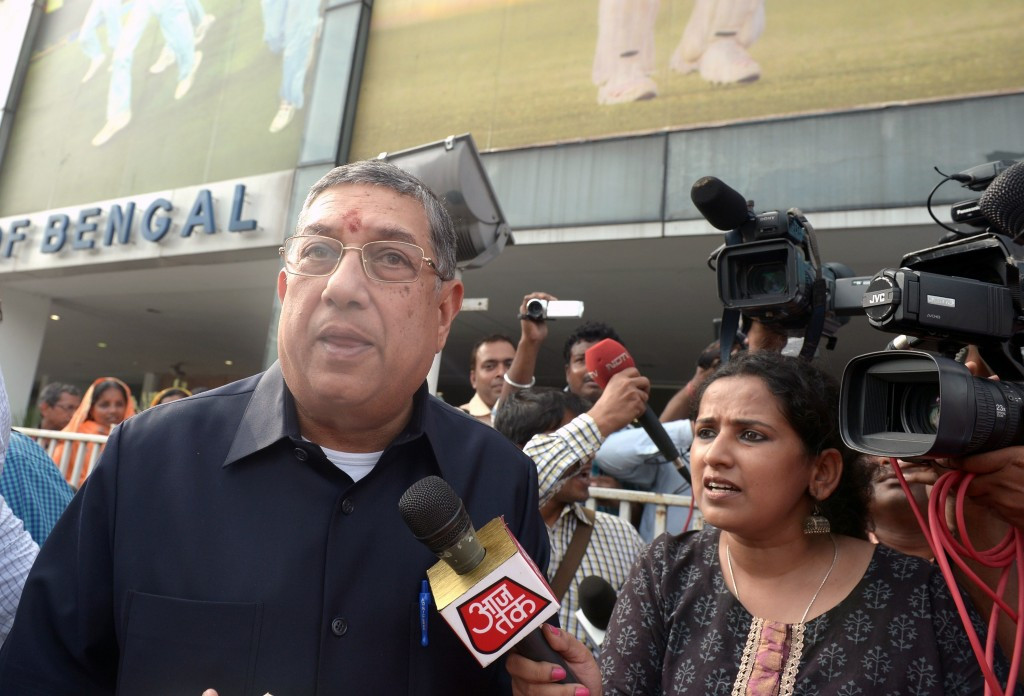 Shashank Manohar is set to replace Narayanaswami Srinivasan as the chairman of the International Cricket Council (ICC) after the Board of Control for Cricket in India (BBCI) named him as their representative in cricket's world governing body.

Srinivasan had been forced to stand down as the BCCI President in 2014 after the Supreme Court of India found him guilty of having a conflict of interest, with his India Cements company owning the Indian Premier League (IPL) team the Chennai Super Kings.

It followed a series of spot-fixing and illegal betting scandals in the tournament last year, with the Supreme Court barring him from returning to the post as long as he continued to own the team.

While Srinivasan had been cleared of corruption charges, his son-in-law, Gurunath Meiyapppan, was found guilty of illegal betting which resulted in him being banned from all cricket-related activities.

Following their Annual General Meeting  in Mumbai, the BBCI have now opted to remove Srinivasan as their representative at the ICC and have named their current President Manohar as his replacement.

As a consequence Srinivasan will no longer be able to hold the role of ICC chairman as any administrator who has been removed by their home board is ineligible to serve within the sport’s governing body.

"The BCCI representative to the ICC will be Mr Shashank Manohar,” said Anurag Thakur, BCCI secretary.

“Being the board representative in the ICC, he will take over as the ICC chairman."

Manohar now looks likely serve the remainder of Srinivasan’s term, which was due to end in June 2016, although the ICC are yet to confirm whether the 58-year-old has taken up the post.

Should Manohar take over as chairman of the ICC, it will come at a time where the governing body are investigating the possibility of being included in more multi-sport events.

Following the ICC meeting in October, it was agreed their director Giles Clarke and chief executive David Richardson should meet with the International Olympic Committee (IOC) to discuss a potential return to the Olympics, representing a U-turn from their decision not to apply for inclusion as an additional sport at Tokyo 2020.

The Commonwealth Games Federation also revealed recently they were holding talks with the ICC over the inclusion of cricket at Durban 2022.