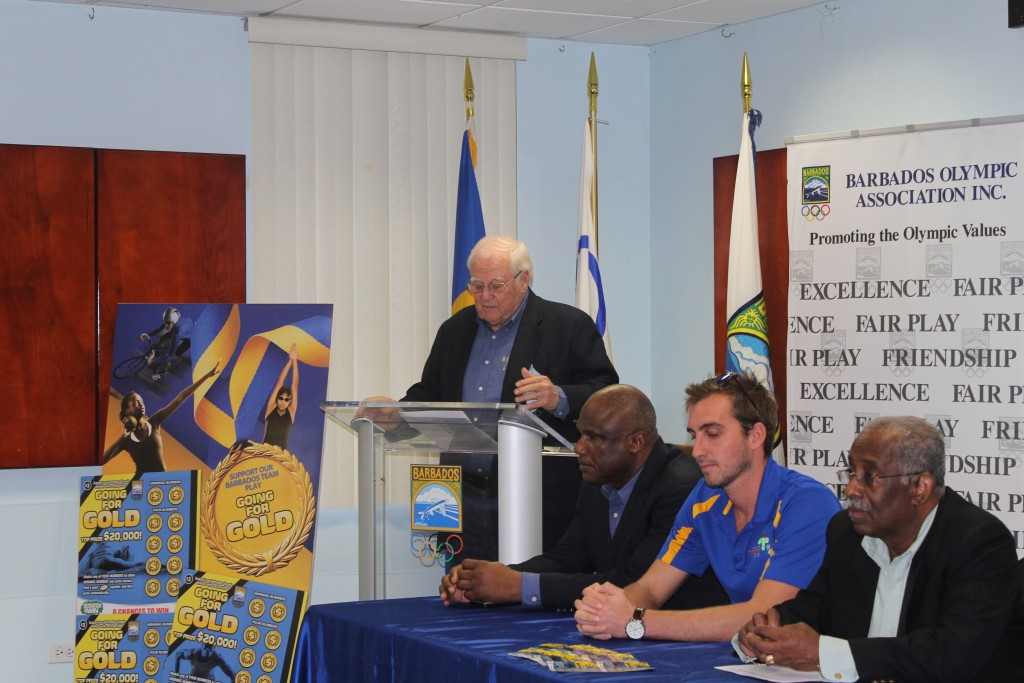 The Barbados Olympic Association (BOA) have announced a partnership with the country's lottery company to launch a scratch and win game titled “Going For Gold”, with funds generated set to aid their athletes’ preparations for Rio 2016.

As part of the agreement, a portion of the proceeds of the sale of each game will be put towards supporting the Barbados Olympic team, who will be targeting a first Olympic medal since Obadele Thompson secured a bronze in the 100 metres at Sydney 2000.

In launching the initiative,  BOA President Steve Stoute has praised contribution from the private sector towards supporting the athletes through the games, which will allow the public to claim a top prize of BDS $20,000 (£6,500/$10,000/€9,300).

“The Barbados Lottery is the life-blood of sport in Barbados and we have a long fruitful history of collaboration with them,” he said.

The tickets are due to be available at all Barbados Lottery agents, while the National Sports Federations will also stock the cards for the public to purchase.

Barbados Lottery site operations manager Dentonia Brewster expressed his hope that the additional funds will contribute towards supporting the country’s on the international stage, having won three medals at the Toronto 2015 Pan American Games.

“The Barbados Lottery is proud to work with the BOA on this fantastic fundraising vehicle,” he said.

“We have watched with interest the commendable performances at the Pan Am Games and the Commonwealth Youth Games, and decided that we should do something extra special to help our athletes in their quest to compete at the Olympics.

“The proceeds of the Going for Gold scratch tickets go over and above our usual funding to the BOA and we are calling on all Barbadians to chip in and buy a ticket to help support our Olympians.”